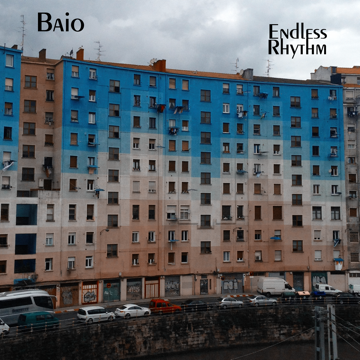 Since 2006, Baio has been known as the bass-player in Vampire Weekend, in his downtime between tours, Baio recognized in himself an increasing restlessness and desire to explore his own individual voice away from the band. Baio has since released a string of EPs (Mira EP, Sunburn EP), which lead to his full-length debut album The Names.

Baio’s approach to The Names was lead by his urge to return in part to the electronic music he’d enjoyed while DJing at college, but also to investigate his own lyrical and vocal style.

Today, Baio announces a new wave of international tour dates and single, “Endless Rhythm”. Baio has been on tour throughout the year playing new music from his highly praised solo album The Names, which dropped last fall on Glassnote Records.

Baio writes, “My name is Chris Baio & I love touring! I write this in a puddle of my own sweat as I sweatily anticipate what is sure to be a very sweaty summer tour. I’m 60 shows deep into touring my record ‘The Names’ and feel like I’ve been firing on all cylinders. I can’t wait to get back out there!”

The newly announced tour dates are a combination of headline shows, festivals, and support slots with Rhye and Phantogram. Starting with a DJ set in London on June 11th, the shows will lead Baio across Europe, North America and back to Mexico City.