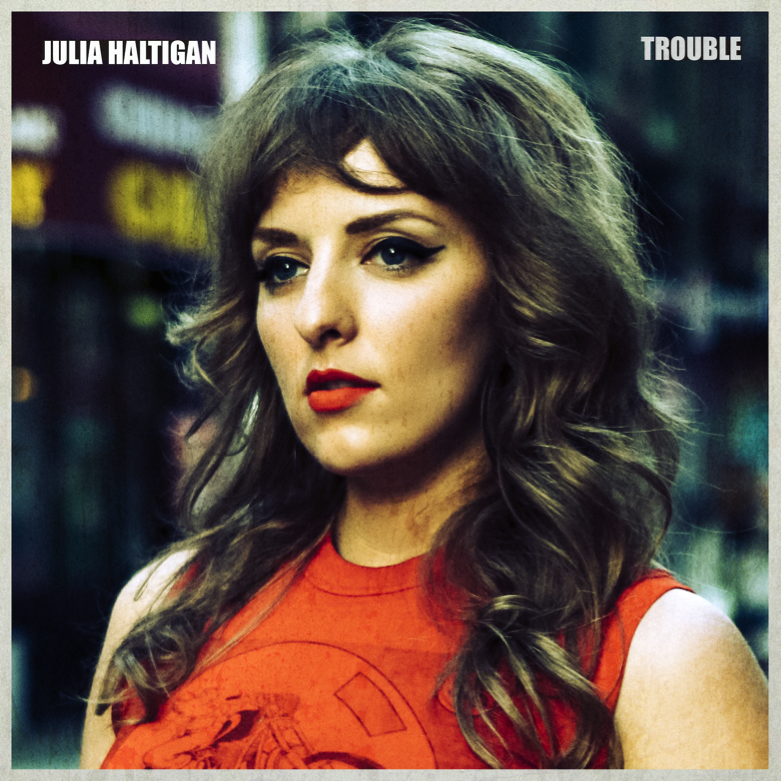 Singer/songwriter Julia Haltigan releases her new album Trouble on October 25th. The full-length was Produced by W. Andrew Raposo (Midnight Magic, Hess Is More) and TV On The Radio’s Dave Sitek. Today she has shared the new single “Bad Habit.” The song comments on the weakness of humanity and our lack of ability to say no to bad habits. The song follows previous releases “Wool” + “Debris Of Love.”

Haltigan is described as a sensitive badass who rides vintage Triumph motorcycles, Julia is a multi-talented performer. Outside of her solo career, Haltigan moonlights as the slinky Jessica Rabbit-inspired jazz crooner “Vivian Fairchild” in the off-Broadway hit Sleep No More. She is also a member of the fizzy pop band Sugar for Sugar, alongside Scarlett Johansson, Kendra Morris and Holly Miranda. She additionally made an acting cameo in HBO’s hit series The Deuce—look for her in an episode during the show’s third and final season. She recently wrapped up a national fall tour with Kendra Morris and hometown NYC fans can catch her album release show this Thursday Oct. 24 at Sultan Room at The Turks Inn.