Ablebody is an LA-based duo comprised of identical twins Christoph and Anton Hochheim (members of Pains Of Being Pure At Heart/Depreciation Guild). They’ve been quietly releasing music under this moniker since 2013, self-releasing an EP and 7″ single, crafting remixes and demoing original material as well as a myriad of covers.

The duo have recently taken their sound from the bedroom to the studio, working with Cole M. Grief-Neill (Ariel Pink’s Haunted Graffiti, Nite Jewel, Julia Holter, The Samps) and Kenny Gilmore (Ariel Pink’s Haunted Graffiti) to craft songs with a more visceral edge than they’ve explored in the past. Daniel Rosenbaum (Pomar) and Jordan Sabolick (Mt. Ossa) have joined the duo to help bring the songs to life and add new dimension to the live dynamic.

Their debut full length record Adult Contemporaries will be released by Lolipop Records on October 14, 2016. 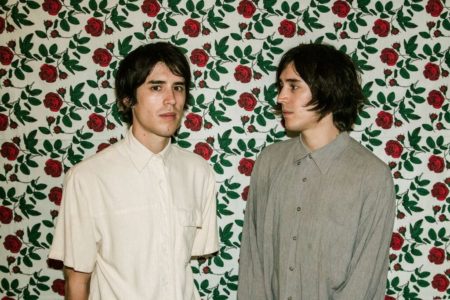