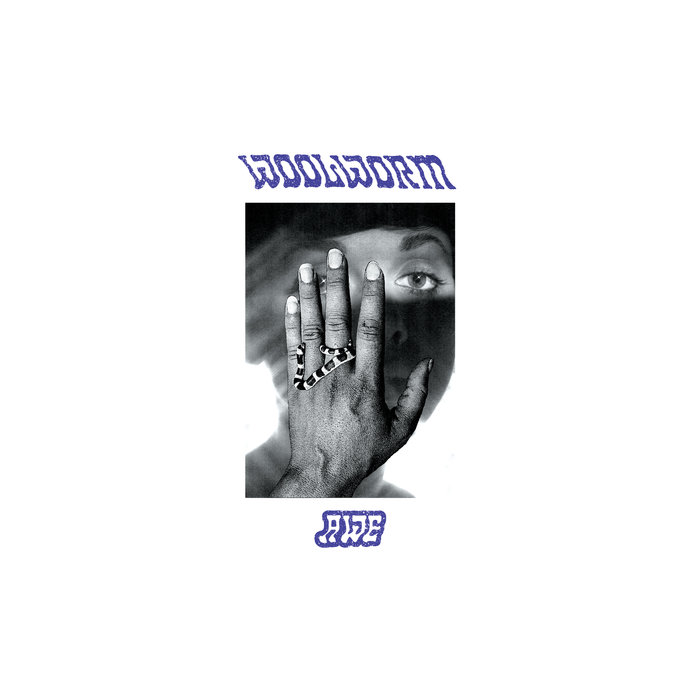 Woolworm is a band that functions on a balance of opposites; dark, sludgy riffs are buoyed by delicate vocal harmonies, lyrics of gloom and despair are sung with a deadbeat reservedness and big arena dynamics are shoved into squalid DIY venues. It’s an impressive feat, and Woolworm makes it look so simple it is easy to take for granted. Their newest album, Awe (Mint Records), is a prime example of this elegant balancing act.

Awe is Woolworm’s followup to 2017’s Deserve To Die, and since then they have let a bit of light into their world view. Where Deserve To Die was heavily preoccupied with mortality, Awe seems to have made some peace with it, and musters up a half smile and a grim joke. The music is in no way lighthearted, but the band’s approach to its subject material has evolved. For example, the leadoff title track swells with anticipation as Giles Roy exclaims, “I’ve seen the future. It’s bright,” only for the sentiment to curdle on a half-assed “alright,”as the melody resolves on a minor chord. I don’t think we’re supposed to take him all that seriously here, but there is a sense of subdued amusement behind the lines. “Life is a joke,” Roy goes on to say, so I guess we might as well laugh. This world weariness returns on “Live For You,” where Roy manages both to declare his love, and its ultimate meaningless in the same breath.

“Hold The Bow,” the album’s first single, crashes through the gates with the freneticism and energy of early Mission of Burma. Scalpel-sharp guitars fall around a propulsive drumbeat, but, as always, Heather Black’s vocal harmonies add an element to their music that helps elevate the lyrics above the squall. Inspired by Marina Abramović’s performance-art piece, “Rest Energy,” the lyrics reflect themes of isolation, trust and love that transcends romantic desire.

Label mate (and all around good guy) Jay Arner lends his services as producer and deftly captures the intensity and intuitiveness of a band that have been thrashing for over a decade while still focusing and refining the hooks. Mostly clocking in under the four minute mark, the songs are lean, punchy and deceptively easy to sing along with. Roy’s vocals are brought to the forefront and are vaguely reminiscent of the Mountain Goat’s John Darnielle. Besides sharing a similar timbre, they both exude a confidence that sounds both tested and sincere. All around, the performances are more freewheeling than Deserve To Die, but never overstep one another.

Awe is the product of a band at the absolute top of their game. Their career (which has recently seen them sharing larger stages with such acts as Orville Peck and Integrity) has been a series of refinements as opposed to overhaul. While their formula has remained mostly in tact since their beginnings, their approach and attack has sharpened significantly. Awe shows yet another stage in their evolution, as they continue to find light in darkness, and strength in opposites.

Awe is available via Mint Records