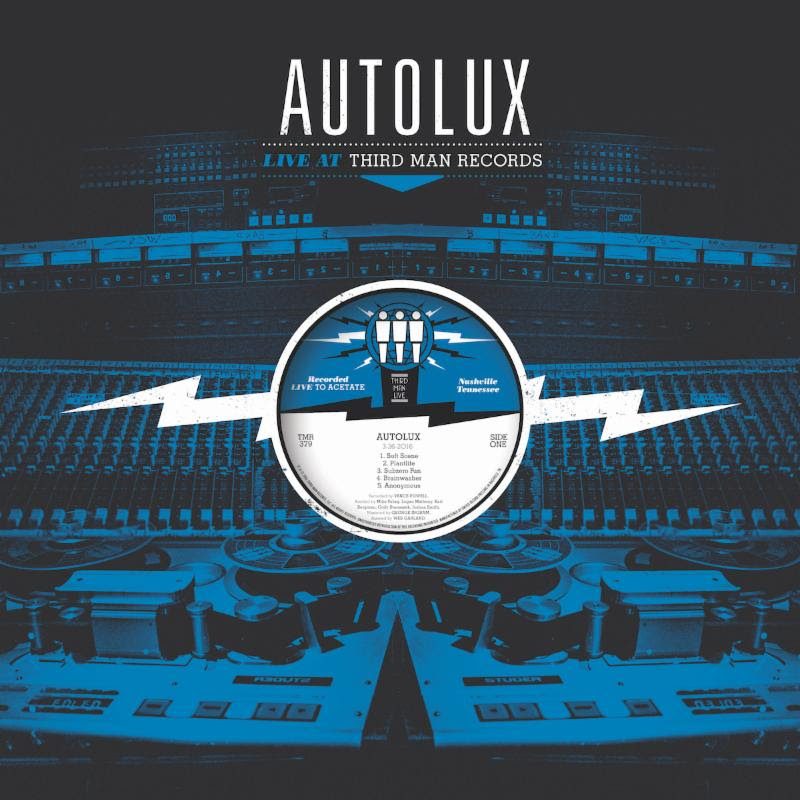 Autolux, have many great back stories: the soundtrack-of-the-otts symphony of their first two records. their recent release PUSSY’S DEAD, which sounds more like the future than the score to TRON, \ two of the band’s members met while composing the music for a Nobel-prize winner’s play, Danger Mouse’s 30th Century Records is their new label home. Following that logic, it’s hard not to like Autolux’s first live record, captured direct-to-acetate on Third Man Records’ 1955 Scully lathe on March 26th, 2016.

Eugene Goreshter, Greg Edwards, and Carla Azar made the Blue Room stage feel small that evening, Azar standing atop her drum throne, projections kaleidoscoping on the acoustic tiling behind them. It was one of their first live shows together in the years since their last record, Transit Transit, was released (in 2010), the in between of which saw each band member pursuing other worthy projects. No time to lose, the band’s cohesion was immediate, their sense-of-self solid, and their energy infectious.

Some of the tracks of PUSSY’S DEAD made it into this live set, to the delight of the ecstatic Nashville audience that Saturday night: “Soft Scene,” “Anonymous,” “Brainwasher,” to name a few. Combine with a few well-placed gems from their previous releases (“Plantlife!” “Blanket!”).

Autolux Live at Third Man Records will be available on September 30th, at various record stores and digitally.
.