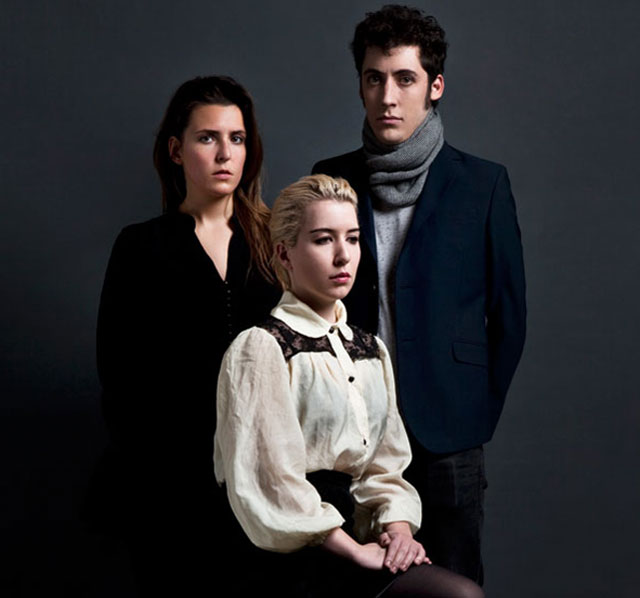 After three years of non-stop international touring with the likes of the xx, Grimes and the Gossip, when it came time to record Olympia, Austra had evolved into a complex collaborative effort between its six members. “Previously, I would flesh out songs before I brought them to the band, but this time I left them bare and let the others fill them in” explains Katie Stelmanis, the principal songwriter/vocalist.

Olympia is also the first confessional record for Stelmanis as evidenced by the heartfelt lyrics of piano driven lead single “Home” (stream now). “Home” expresses the anxieties of waiting up all night for a lover to return. “I was mad and upset and the song just wrote itself,” says the singer. The album touches on a range of sentiments that stem from a relationship ending, a relationship beginning, and friends’ struggles with addiction and motivation. Despite the sometimes dark lyrics written in collaboration with band member Sari Lightman, Olympia is bubbly and buoyant— fundamentally a dance record, which Stelmanis says was the band’s aim all along. “We are really into dense harmonies and big beautiful melodies, but I also love techno and dance music. I wanted to bring those elements together.”

Though Olympia is filled with electronic and synthetic sounds that reference everything from Trax Record classic cuts to Yazoo’s Upstairs At Eric’s, it’s free of programming and loops. Everything was played live by the band in the studio and all of the percussion including a wild set up of marimbas and congas was performed by drummer Maya Postepski. “Maya played a huge role in the production of the album,” says Stelmanis, who has been playing with the drummer for eight years since their previous band, Galaxy. “There is a major percussive element running through every song,” Stelmanis laughs, “this is the album where we discovered rhythm.”

The album was produced by Austra with additional production by Mike Haliechuk, vocal production by Damian Taylor (Bjork, the Killers), engineered by Bill Skibbe and Leon Taheny and mixed by Tom Elmhirst (Adele, Erasure, Hot Chip).