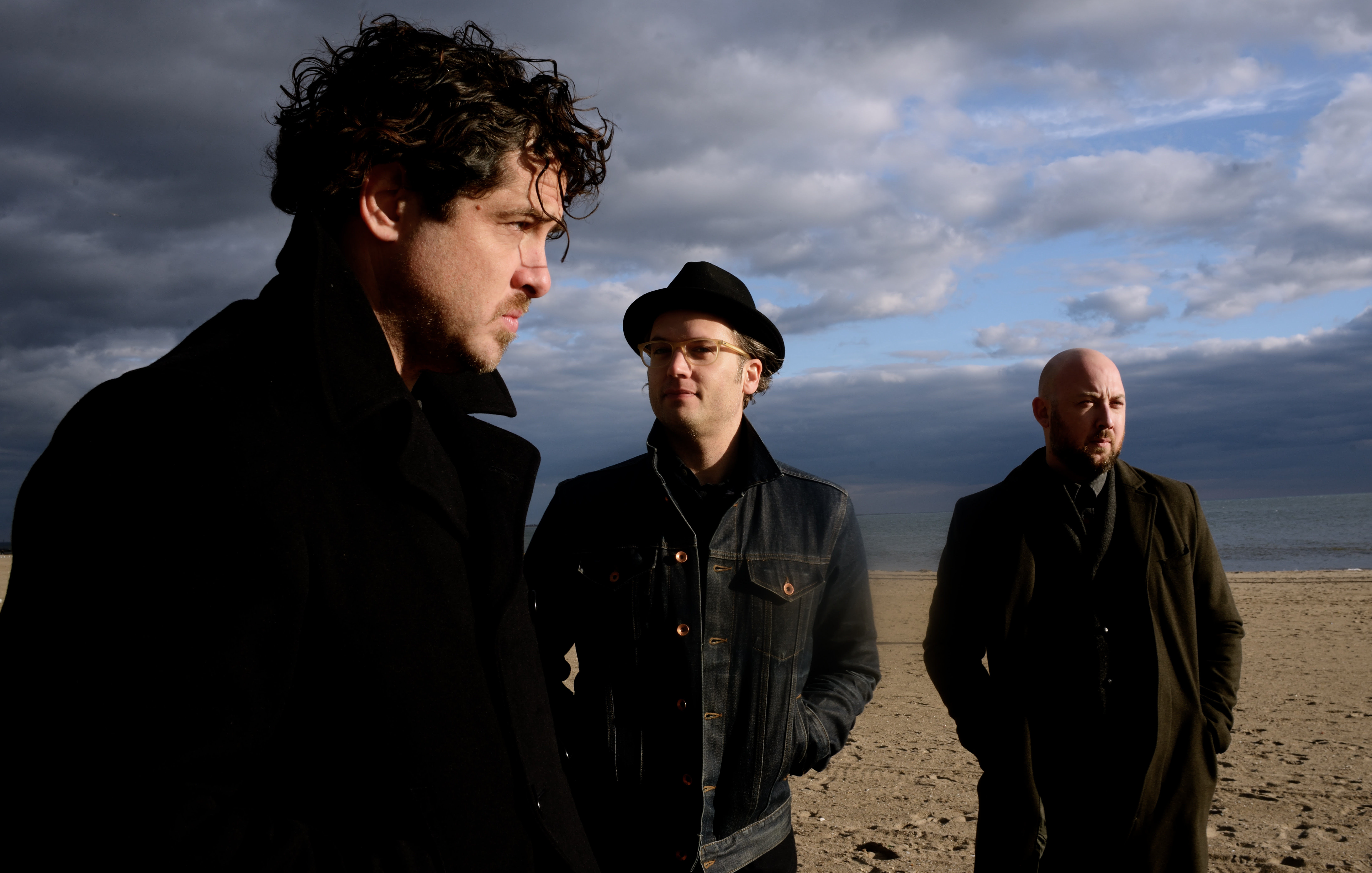 Two questions that Augustines had swirling around their minds when they set off in the deep winter of 2015 to begin writing songs for their third album. Songs birthed from William McCarthy’s travels and times spent in Thai Town, Los Angeles; Dublin, Ireland; and Devon, England, as well as Eric Sanderson’s experiences rooting down in his Brooklyn studio near the waterfront. Much of it was projection – a flashback to one of the many faces seen on the road with the band, or on one of McCarthy’s many cross-country motorcycle pilgrimages. Putting himself in the shoes of those people and writing a way out of the blues. While the road does get lonely, he saw hope there as well. Everyone weaves in and out of being an outsider in their lifetime.

Augustines albums are not frivolous affairs. They make big, heart-wrenching sounds, music hewn from granite, from the very ground we stand on, the subject matter urgent and vital. Their debut in 2011, “Rise Ye Sunken Ships” was born from tragedy, the 2009 suicide of McCarthy’s brother. The songs had been largely sketched in McCarthy and multi-instrumentalist Eric Sanderson’s previous group, Pela, and while that project had been unable to withstand the blow of his death, the songs were too strong to disappear. And so they were reborn in Augustines, with drummer Rob Allen (the rock of the band) completing the magic number.

“The debut album was a concept record about the fragility of family while passing through the tribulations of America,” says McCarthy. “The second one was about moving forward from that. This one has a lot of themes about isolation and battling loneliness. Tackling that shit head on.”

Recorded in New York, Los Angeles and Bridgeport, CT, with Joe Chiccarelli and long-time associate Peter Katis (The National, Interpol, Frightened Rabbit) and featuring amazing Senegalese vocalists Pape and Cheikh on the beautiful “May You Keep Well” and “Running In Place”, the album revels in a sense of realization. “It’s a battle cry,” says McCarthy. “We’re here, now, and this is it, buddy. You’re alive. I know it’s a grind but you can do anything. Being alive is amazing. And it’s not forever. What are we going to do?”

Their third album sees Augustines experimenting and traveling down new roads. Drummer Rob Allen elaborates: “we wanted to spread our wings a little bit on this record. We had in the past flirted with samples and what-not, but never really on the percussive side. We had great fun messing and experimenting with older analog instruments like 808’s and 909’s as well as more modern instrumentation, like the Roland Spd-SX and Maschine. For me it’s clear. This record shows we’ve tried to grow as musicians and not stay in our comfort zone. To grow as people. To improve”