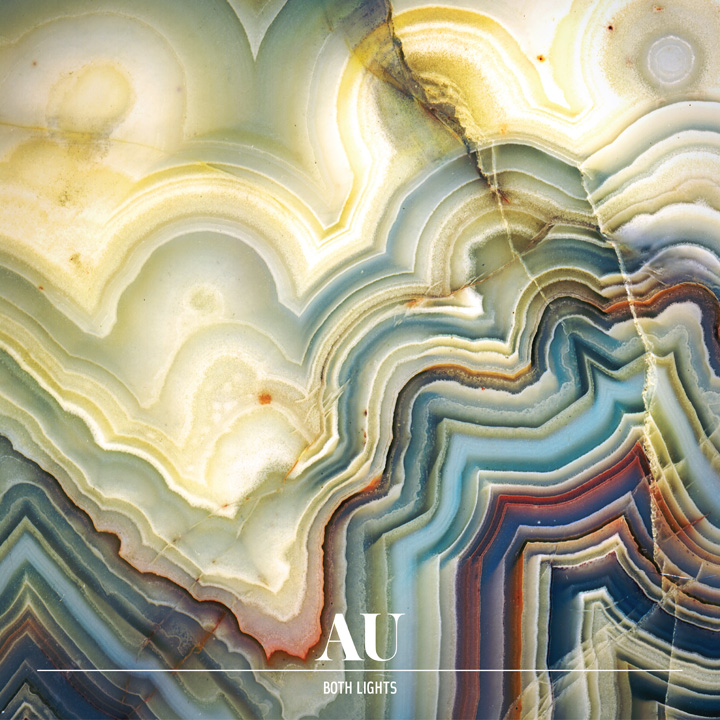 Shreddies. I think today’s casual pop music fans have only a certain amount of tolerance for blatant
demonstrations of absurdly high-level musicianship. Guitar tapping, drum solos, and stand up bassists are routinely ignored in favor of pretty progressions. It’s understandable, really. Usually guitar tapping doesn’t sound that cool for more than 10 seconds. Our attention span respects the difficulty of the feat, but after that wears off quickly, it’s time to put something on that actually feels good to listen to. (Having said that, check out the last Marnie Stern record if you want to hear someone expose guitar tapping’s potential to be a truly gorgeous element in a pop music context.)

AU is a super fascinating band. A solo vehicle from Portland, OR, the band revolves around keyboardist Luke Wyland, at times swelling to sizes of five members. I once saw AU at a college show in Boulder, Colorado, on this particular night performing as a keys-and-drums duo. The band was playing a run of shows with another band of the exact formula, Philadelphia’s math-rock combo Pattern Is Movement (now N. American labelmates of AU on Portland’s Hometapes). The similarities between the two bands were obvious. PiM’s Andrew Thiboldeaux and AU’s Wyland are both clearly really fucking accomplished pianists, and they both have pipes that belong to opera singers. What impressed me most about AU that night–my first experience hearing a note of music from them–was pair’s disregard for convention. Sure, you could lump a lot of technically proficient bands into the math-rock genre; the aforementioned Pattern Is Movement, Maps & Atlases, even Stern and Deerhoof have been lazily cast into this cubbyhole of rock, unfairly categorized as music nerds simply because they know how to tune their guitars.

But AU is not a barrage on the senses. The operatic moments break through the intense drum polyrhythms to
provide sublime moments of bliss. “M. Sea” makes me want to close my eyes–one of my favorite barometers of a successful record; Wyland’s organ and voice soar in the clouds. It’s cool.

On that note, despite my admiration for a dude who can actually belt it out for a change, the full, strong voice is distracting at times. Like other weird/hyper prog band Dirty Projectors, the feats of vocal range lose their luster around halfway through the album. It reminds me of seeing one of those weird bicycles all the university professors seem to be addicted to, with the frame nearly scraping the blacktop, the seat and handlebars sticking way up like some kind of circus clown bike. Can’t you just ride a normal bike, dude? : Can’t you just sing a normal song, dude? Whatever. Records and bands that deviate from the formula are always difficult to stomach entirely upon first listen, and perhaps it’s unfair of me to dock points from band’s success because it’s not easy to swallow. But at the end of the day, I’m not putting this record on and geeking out with my friends and listening to it on the bus. I’m listening to it twice this year. Tops.