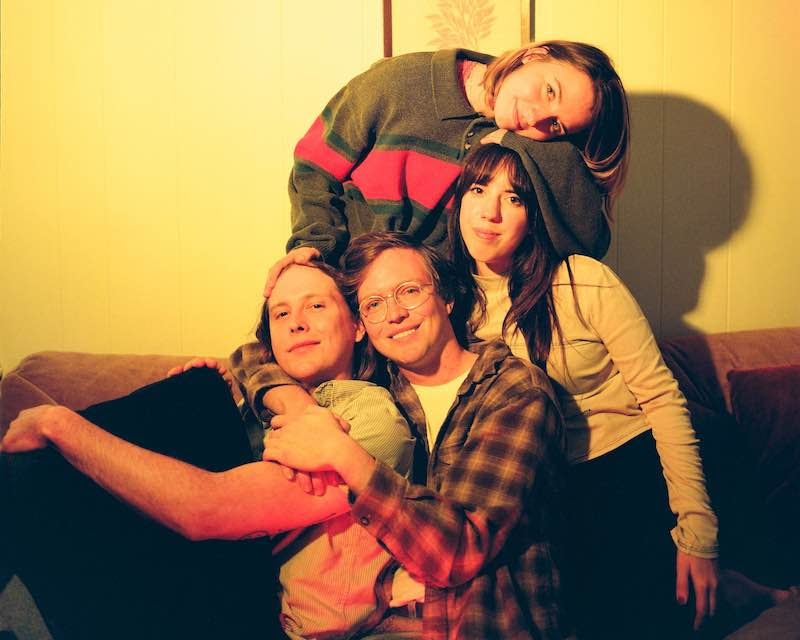 "Athlete" by Why Bonnie
TwitterPinterestPocketRedditFacebookEmail

Austin Texas band Why Bonnie, release their new EP Voice Box on April 10th via Fat Possum Records. Ahead of the quartet’s album release, the band have shared new single & video “Athlete”. In 2018, the band emerged on Sports Day Records with In Water. The EP eulogized Howerton’s older brother, who passed away years prior.

Speaking about the track, the band said “”Athlete’ is about the frustration of not being able to keep up with the “team” and learning to laugh when you fumble.”

The Voice Box EP is described as an unhindered expression through beguiling, propulsive guitar pop. Fuzzed-out guitars and crystalline vocals drive a tough-edged struggle in the space between suppression and artistic liberty. Front woman Blair Howerton explains: “It encapsulates a disconnect between my inner and outer world, and not being able to express myself authentically because of that. But, ultimately knowing I will crash and burn if I don’t.”

Why Bonnie is the dazzling, full-band emotional release of Howerton. In a decisive step to start performing her backlogged material, Howerton moved back home to Texas after graduating college in 2015. In Austin, Howerton joined lifelong best friend Kendall Powell, who she met in preschool. Powell’s classical piano chops swapped to synth for the new project. Both active in the Austin scene, guitarist Sam Houdek and bassist Chance Williams later joined to complete the lineup.