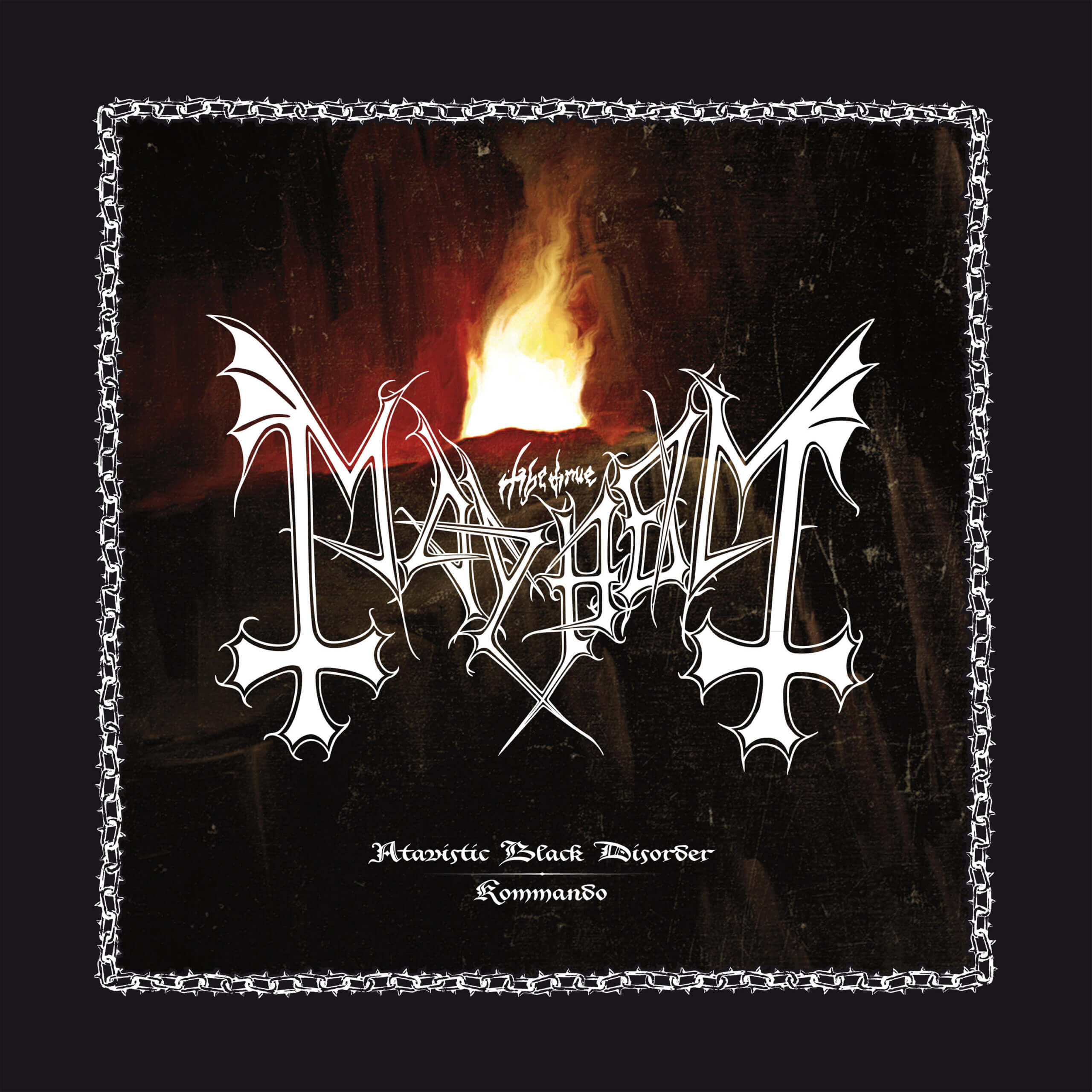 Atavistic Black Disorder / Kommando is an EP that acts as an addendum to Mayhem’s 2019 album Daemon. It includes two bonus tracks and one previously unreleased track from those sessions, plus four cover songs of classic punk rock by Discharge, Dead Kennedys, Rudimentary Peni, and Ramones.

Coming off a tour performing their classic De Mysteriis Dom Sathanas album, the band was inspired to simplify the arrangements of their new material. The result was one of their best albums to date, Daemon. When it was initially released, deluxe versions of the release included two tracks appearing on this EP. Everlasting Dying Flame and Black Glass Communion. Members of the band have remarked in the press that they felt the two bonus tracks could just as easily have been part of the regular album. It’s hard to argue that because both of these songs are very strong. So it comes as no surprise that the one unreleased track from these sessions, Voces Ab Alta, is also excellent. Attila Csihar continues to be one of the greatest singers in black metal. Between ghoulish screams and operatic singing, his vocals are truly unique. His performance on the Daemon album and the originals here is outstanding and one of his best yet. Production by Tore Stjerna (Watain, Funeral Mist) perfectly captures guitarists Teloch and Ghul, bassist Necrobutcher, and drummer Hellhammer and is also one of the strongest in the discography. These three tracks serve as a reminder of what a potent release Daemon is.

While I think the decision to keep Daemon from being overlong by not including these tracks would usually be the right call. In this case, I think they would have been better off on that album. Instead, we have them on this EP sounding mismatched when paired up with these cover songs. It sounds like the band is having fun with these tracks, paying tribute to some early influences. They even brought in old members Messiah and Maniac to do guest vocals, both of whom appeared on 1987s Deathcrush EP. Unfortunately, while proficiently performed, they lack excitement, especially when stacked against the original material here. The result is a release that will probably be for completists only.