Island of Love — the London indie quartet making their name as Third Man London’s first signing — have shared new track “At Home” and its accompanying video, which was directed by Ben Chappell (Arctic Monkeys, Girls, The Raconteurs). The video recently debuted, the Love EP will be released digitally on March 18, 2022, followed by a limited edition 7″ vinyl release on July 1.

“‘At Home’ was inspired by two things: being sent home from work at the start of the pandemic and a conversation with Karim about how there aren’t enough indie tunes with d-beats,” says Linus, who handles vocals on this track. “If either of those sound familiar to you then this should be right up your alley…”

The band has also announced a UK tour with kindred spirits Hotline TNT, as well as a slew of appearances at European festivals, including Get Together Festival, Dot To Dot Festival, Liverpool Sound City, Bigfoot Festival, and Left of the Dial Festival. 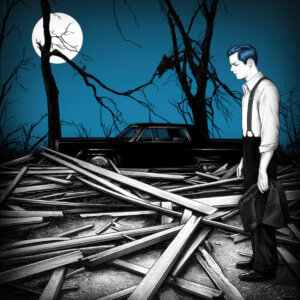