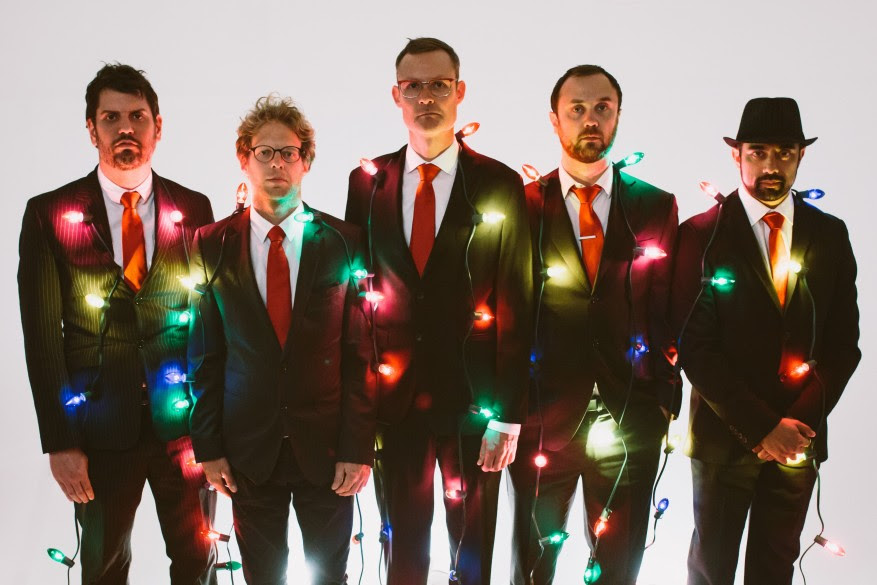 Astrocolor, has deconstructed some true holiday classics, with their holiday album, Lit Up, out December 11th on Last Gang Records. the 10 song soundtrack was conceived as an experimental Christmas album for a new generation of holiday listeners, it features 10 seasonal classics that have been reinvented.

Today, the band premiered their take on the classic Xmas tune “Sleigh Ride,” and the band has set the tune to the time-tested classic fireplace videos of yesteryear. Watch and listen via YouTube. “It really is a Christmas-themed album, rather than a traditional selection of individual Christmas songs, which hopefully translates into a broader appreciation of the album. Our ultimate goal was to create something even a non-Christmas fan would enjoy,” they describe.

“A couple of us were living together at the time we began visualizing what the album might be, listening to the jazz great Stan Getz and his album Getz Au Go-Go a lot for inspiration,” they describe. “The version of “Summertime” from that album became a jumping off point for what we were trying to do, taking the classic “summertime and the livin’ is easy” hook and reshaping it into an exploratory piece. We too wanted to create a sense of familiarity and exploration within the context of a Christmas album.” Lit Up will also be released in the UK on December 11th, via Last Gang Records.