Icelandic artist Ásgeir plans to perform song requests from fans for 24 hours in his Reykjavik studio, live onto a lathe vinyl cutter (a dubplate) as an acetate. In collaboration with the Icelandic national television (RÚV) Ásgeir has announced his “Straight to Vinyl” project where he will record stripped down versions of his music as well as selected covers directly to 7″ vinyl records during the course of 24 hours. Each vinyl will include handwritten tracklisting with totally unique recordings. Ásgeir’s second album Afterglow is now available via One Little Indian.

The project will take place in his studio in Iceland and will be broadcasted as live Slow TV on the Icelandic National Broadcasting Service (RÚV) and on Ásgeir’s YouTube channel worldwide between 6pm (GMT) on July 5th and 6pm (GMT) on July 6th. Slow TV is a term used for a genre of live “marathon” television coverage of an ordinary event in its complete length.

The records will be made available to Ásgeir’s fans via an international scavenger hunt in various cities – to be announced at a later date. Ásgeir encourages his fans to tune in and participate in the event on social media with the hashtag #asgeirstraighttovinyl and by commenting on YouTube which songs they’d like to see performed and recorded.

The introverted and humble artist from the Icelandic town of Laugarbakki, populated by just 40 people, has played shows shows at the Sydney Opera House and many other prestigious venues.

Link will broadcast live footage of Ásgeir performing from 6pm (GMT) on 5/7 until 6pm (GMT) 6/7:
www.asgeirmusic.com/straighttovinyl 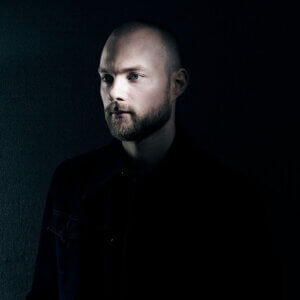