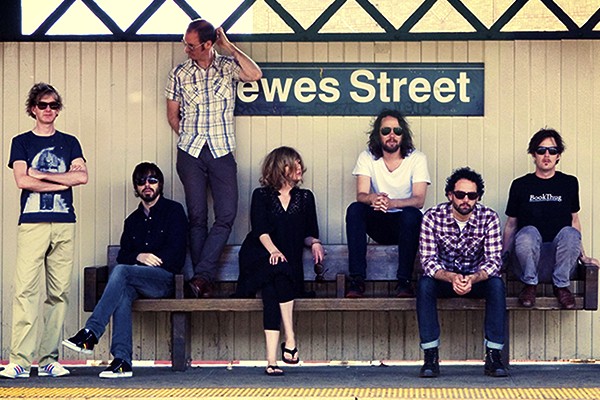 To commemorate this milestone, Toronto’s renowned independent music company presents AC10, a series of events, releases and collaborations in music, fashion, photography and literature highlighting a decade of creativity and community.

First to be unveiled is the Field Trip Music & Arts Festival, held in Toronto on Saturday, June 8 at Fort York and Garrison Common.

“Field Trip was built around the themes of discovery and community. In addition to world-class musical performances, the festival will incorporate local art, gourmet food and unique elements of Toronto’s proud culture,” said Jeffrey Remedios, co-founder and president of Arts & Crafts. “Field Trip is a celebration – not just of Arts & Crafts’ 10-year anniversary and our artists – but of Toronto, of community and perhaps above all else, of the collaborative spirit.”

Field Trip will commence at 12 p.m. on Saturday, June 8 with music starting at 1 p.m. and wrapping at 11 p.m. Families welcome. Kids are free.

Limited $120 VIP tickets will be on sale at all points of purchase (including during the early bird sales period). VIP tickets include priority viewing/positioning, access to shaded/covered area, exclusive food and beverage vendors, free water and VIP washrooms.

Field Trip x NXNE: Arts & Crafts’ Field Trip is an NXNE Premiere Weekend Event and a limited number of NXNE wristbands will gain admission to the festival. Select Arts & Crafts artists will also be part of the NXNE festivities during the week that follows.

Details surrounding all 10th anniversary events and releases will follow throughout 2013. Those announcements will include, but are not limited to:

Arts & Crafts // 2003-2012
A deluxe package curated from a decade of releases including some of the label’s most recognizable hits as well as never before heard rarities and b-sides. This commemorative release will be available as a 4xLP special edition vinyl boxed set, deluxe double CD and in all digital formats.

A&C x Norman Wong
A special photography exhibit by Toronto-based fashion and celebrity photographer Norman Wong. A longtime friend of Arts & Crafts, Norman has had a unique opportunity to document and work with a range of A&C artists. Norman will be exhibiting an iconic black and white portrait series featuring prominent members of the Arts & Crafts roster, as well as a photographic A&C retrospective.

A&C x Jeremy Laing // Fashion Collaborations
Prominent Canadian designer Jeremy Laing will team up with contemporary Canadian visual artists and select musicians from the A&C roster to create a unique series with all proceeds donated to AC10 charity MusiCounts. MusiCounts is a non-profit organization dedicated to ensuring that all Canadian children have access to music education.

A&C x Gallery Exhibition x Pop Up
Arts & Crafts will host up a pop-up shop/gallery exhibition from late May through mid June. The to-be-announced location will serve as headquarters for all things AC10 and Field Trip.

Launched in 2003 by Jeffrey Remedios and Kevin Drew with the release of Broken Social Scene’s You Forgot It In People, Arts & Crafts has become one of the most influential and progressive voices in independent music.