Art Vs Science Debut “In This Together” Video 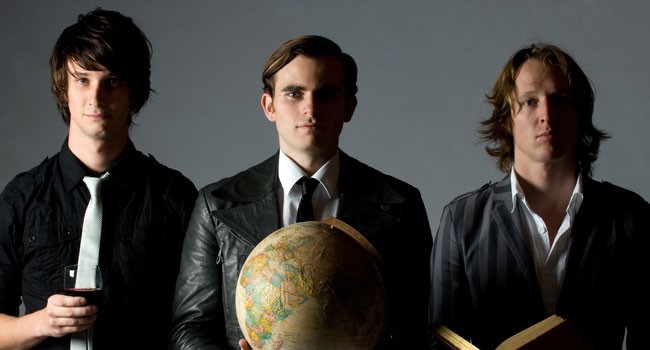 Indie band Art vs Science debuted their new video for “In This Together” on BlackBook Magazine. Directed by Samuel Kristofski, (Unknown Mortal Orchestra, The Babe Rainbow), the video is an homage to classic Goodies vs Baddies video games of the 1990s. Kristofski stated, “I was told by the band that I can do whatever I want, which I don’t really get a lot! So taking this rare opportunity I tried to fit everything I had thought of in the last 4 months into one video.” He adds, “I always liked the idea of a helicopter in space.”

The song is the first single off the band’s second album Off The Edge of The Earth and Into Forever, Forever, due October 9th, 2015 and is the follow up to their ARIA-winning, #2 charting debut “The Experiment.”

The three-piece (who release everything through their own Magellanic imprint) have released two Platinum plus-selling EPs. Their debut album “The Experiment” charted at #2 on the ARIA Chart on its release in 2011 and picked up an ARIA Award for Best Independent Album, as well as nominations for the J Award for Australian Album of the Year.

Praised by the likes of Earmilk, Vogue, This is Fake DIY, Huffington Post and Indie Shuffle, Art vs Science have appeared at many Australian and international festivals including Field Day, Splendour in The Grass and Falls Festival in Australia and Bonnaroo and Governors’ Ball amongst others in the U.S.