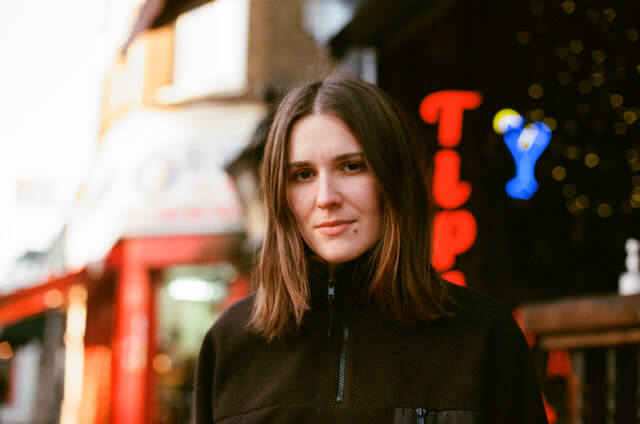 Art School Girlfriend is pleased to announce a brand new release with the arrival of ‘Good As I Wanted (Giulia Tess remix), released 28th April through Fiction Records. London based DJ/producer Giulia Tess’ soundscapes are both familiar and organic, but also otherworldly and uncanny. Her take on ‘Good As I Wanted’ is truly haunting and breathes new life into the original. Polly explains: “Giulia’s track 200417 was one of my favourite’s of last year and I was desperate to collaborate with her somehow. She has a very distinctive sound; it has an abrasiveness to it that I love. I’m so glad she agreed to do a remix and it’s better than I could have imagined.”

Giulia adds: “When Polly approached me to do a remix for her new album I was really gassed. At that point I had listened to her previous releases and I absolutely loved them. It was really difficult to choose which song to remix as they’re all so brilliant… to the point where I felt like I couldn’t remix a lot of them because they were perfect as they were! Good As I Wanted is such a great track. I was hooked by the bass and the lyrics, and the way she blends different sounds, not only in this song but in all of her music; I think it’s what makes her stand out. This paired with the atmosphere of the whole song really moved me. It was such a pleasure to remix it.”

‘Is It Light Where You Are’ is the debut album from Art School Girlfriend, moniker of Welsh producer, multi-instrumental musician and song writer Polly Mackey. Throughout the record, Mackey showcases her ability at translating emotion through sound design. Mostly written over a two-week period of 14-hour solo studio sessions, the bulk of her album is torn straight from a journal kept throughout 2019. Those pages chronicle the end of a US tour, the tumultuous ending of a six-year relationship and Mackey’s journey back to London from Margate, where she lived and co-owned a book shop with her then girlfriend.

Duality between light and dark being a central theme of the album, she builds tranquil landscapes before crushing them in sound; a constant push-pull in dynamics gives the album a charging momentum over 10 tracks. While the lyrics are autobiographical, the full story can be heard in the album’s sonic relief map. “The main theme is duality between light and dark, lightness and heaviness. The production sort of mimics human emotions: there’s a lot of beauty buried underneath these uncomfortable-to-listen-to sounds.”

The album headline tour saw Art School Girlfriend headline a packed-out Village Underground in September of last year. Outside of her own artist project, Mackey also lent vocals to Ghostpoet’s album ‘I Grow Tired But Dare Not Fall Asleep’ and score work such as the BFI’s Shy Radicals film.