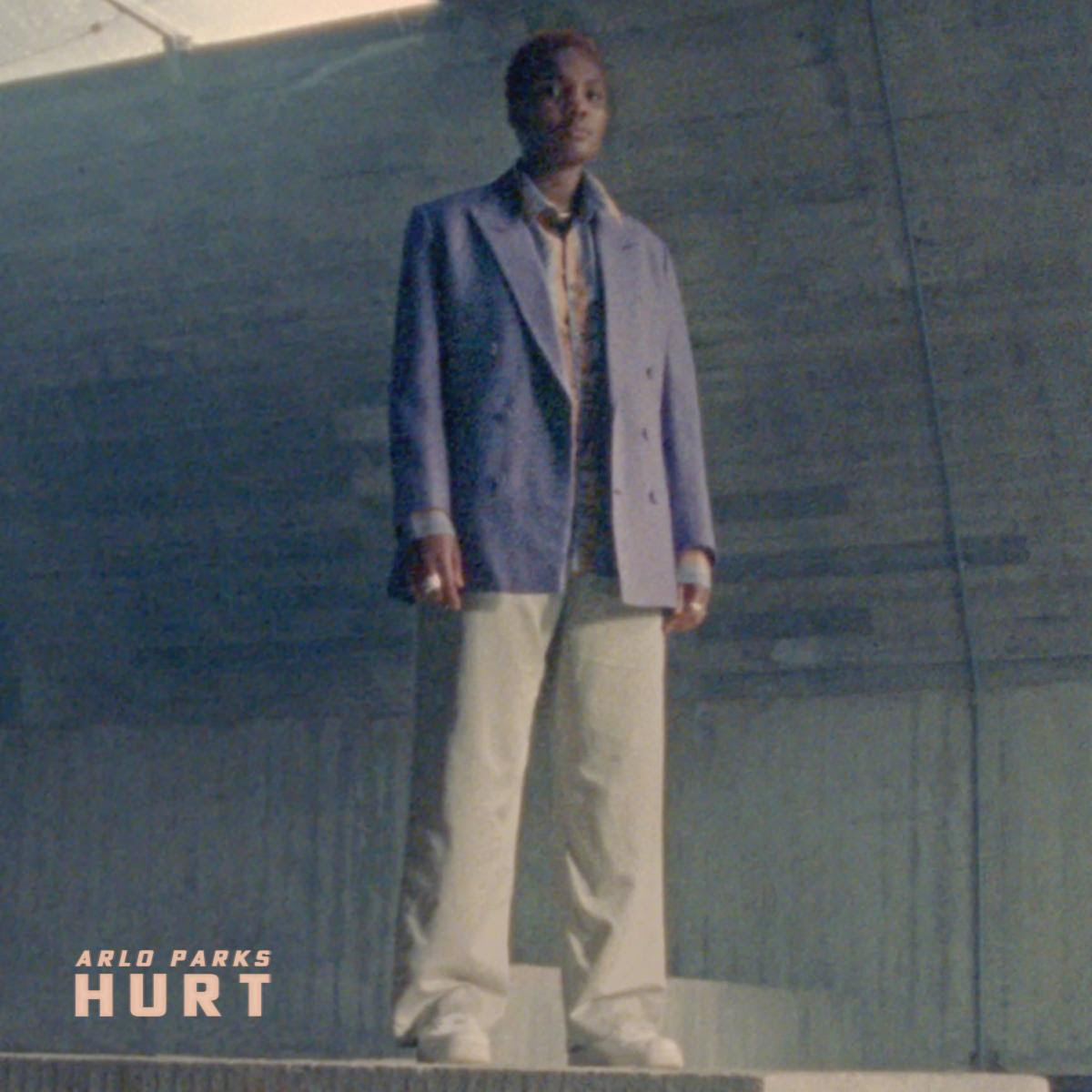 Arlo Parks is sharing a new song and video “Hurt.” The track is now available via Transgressive, accompanied by a video directed by Molly Burdett, who also directed “Black Dog”, “Sophie” and “Super Sad Generation”. Arlo Parks shares about the track, “‘Hurt’ surrounds the possibility of healing from pain and the temporary nature of suffering. It is supposed to uplift and comfort those going through hard times.” The tracks succeed her first song of the year “Eugene”, which was included on Michelle Obama’s playlist. Parks has spent the summer adding the final touches to her debut album, more news of which will follow soon.

“Hurt” follows her cover of Radiohead’s “Creep” as part of Tom Dream’s upcoming short film Shy Radicals. The cover is an effort to continue standing in solidarity with others facing challenges with introversion. Care for mental health is a really important issue to Arlo and the cover came after her moving single “Black Dog.” The song, is, “supposed to make people who are struggling feel less isolated and start a conversation surrounding the prevalence of mental health issues in today’s world”. Additionally, Arlo Parks was recently announced as an ambassador for British mental health charity CALM.

Growing up in South West London, half Nigerian, a quarter Chadian and a quarter French, Arlo Parks learned to speak French before English. A quiet child, she’d write short stories and create fantasy worlds, later journaling and then obsessing over spoken word poetry, reading American poets such as Ginsberg and Jim Morrison and watching old Chet Baker performances on YouTube. These days she references Nayyirah Waheed, Hanif Abdurraqib and Iain S. Thomas as her favourite modern poets, and it is clear that their works are as influential on her songwriting as any musician. Books too, such as The Bell Jar by Sylvia Plath and Norwegian Wood by Haruki Murakami. Parks says, “the way Murakami writes in that book is how I aspire to write my songs; gritty and sensitive and human.”

Fela Kuti’s ‘Water’ and Otis Redding’s ‘Sittin On The Dock Of The Bay’ soundtracked Arlo Parks’ childhood, but it was aged around 13 that she discovered King Krule; an artist who would heavily influence the music she writes today. Later listening to more hip-hop (from Kendrick Lamar, MF Doom and Earl Sweatshirt to the more confessional sounds of Loyle Carner) and rock (Jimi Hendrix, Shilpa Ray and David Bowie), as well as the subdued, pained sounds of Keaton Henson, Sufjan Stevens and Julien Baker, Parks explains, “I would write stories so detailed you could taste them, while maintaining the energy and life of the hip-hop I loved.” There’s a visual, almost cinematic quality to her writing too, which is born from her love of horror films, streetwear and abstract art.