London-based artist Ethan P. Flynn, recently released his new single “Are You Doing This To Hurt Me.” The track was written and recorded in Los Angeles during writing sessions for FKA twigs’ Magdalene album. “Are You Doing This To Hurt Me” had much more humble beginnings. Written six months previously, the song followed the amicable but painful breakup of a relationship, with Flynn having recently dropped out of Guildhall University and living in a tiny box room-meets-home studio in an east London flat share. Flynn has previously collaborated with the likes of Jeshi, TTY, Jockstrap, Vegyn, Slowthai, Celeste and Black County, New Road.

“Are You Doing This To Hurt Me” is accompanied by an Aliyah Otchere and Geordie Bottomley directed video, shot at Dalston’s Rio Cinema.

In other news, Ethan P. Flynn revealed details of an expanded version of his debut compilation and career retrospective “B-Sides & Rarities: Volume 1”. Originally released via Bandcamp, “B-Sides & Rarities: Volume 1” is an evolving body of work featuring a collection of songs recorded between 2015 and 2018. Showcasing a deft songwriting flair and touching on musical inspirations that run the gamut from Sparklehorse to Madlib, Julia Holter to Danny Brown and Tom Waits, the collection first appeared via Bandcamp in 2019. The record’s next chapter saw Tokyo’s renowned Big Love Records pressing the album to vinyl at the start of 2020, exclaiming “A genius appears! The first hero of the 2020s!” Now expanded to include four new songs – “Everybody’s Dying To Meet You”, “Are You Doing This To Hurt Me”, “What You Do To Me” and “When I Taste The Pavement” – it will get a full global release via Young Turks on September 10th . 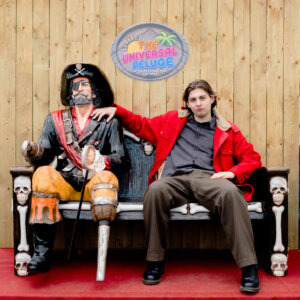