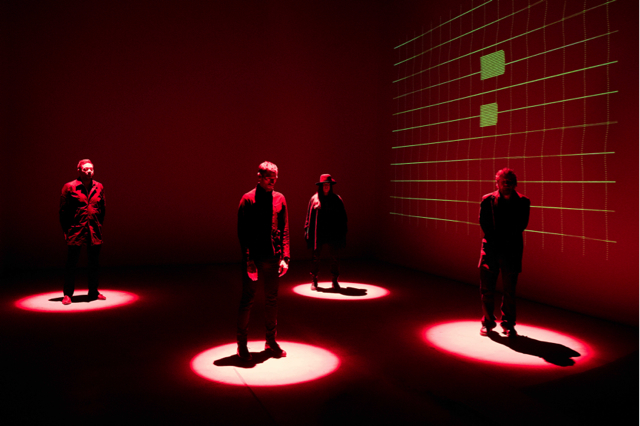 Just before the release of their new album The False Foundation, on October 7th via PIAS/Dangervisit, Archive have unveiled a video to new single “Bright Lights”. The new album is the follow-up to last year’s Restriction LP. The video was shot in Spain with acclaimed filmmakers NYSU who collaborated with the band on their Sundance-nominated “Axiom” film and all the videos from Restriction.

Of the video, Archive founder member Darius Keeler says: “The song is about the light in life and death, and the video captures the atmosphere of the song perfectly, I love the dreamlike mood of it. It’s always inspirational working with the NYSU team, we seem to have a real connection. As a visual collective they seem to have a matching mind-set to the Archive collective, we just seem to complement each other. I don’t really like to analyze it too much, I just know it works”

Speaking about the new album, founding member Darius Keeler said “I think just knowing that we were working on our tenth album made this one feel like a landmark record. Our history as a collective has been a mad journey, we’ve trodden such a strange path to arrive at where we are today, and I think in a way that informed the new record and emboldened us to make what is probably the Archive album that I’m most proud of to date”.

Talking about the genesis of the album title Keeler also comments; “People are going to read in to who or what The False Foundation is I guess, but they’re going to have to draw their own conclusions. I have my own take on it, let’s just say there are a lot of potential

The False Foundation was produced by Archive and will be released worldwide on the band’s own Dangervisit label via [PIAS] on October 7th.