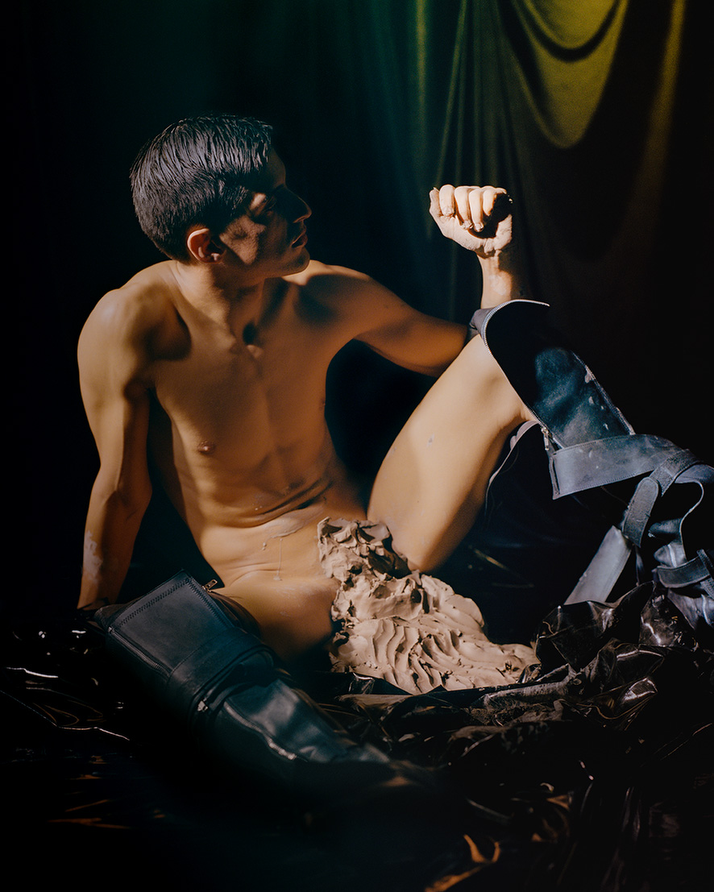 Arca today presents a brand new song and video from his forthcoming, self-titled third album. Shot in one take and featuring Arca (aka Alejandro Ghersi) front-and-centre both visually and vocally, the “Reverie” video was created by longtime visual collaborator Jesse Kanda, who also directed the video for previous Arca cut, “Anoche”.

In “Reverie”, Arca is a wounded matador, made mighty with mechanical legs, or bleeding onto falling flower petals “Bullfighting is a piercing metaphor: you are fighting a bull, and at the same your self. You are not the victim or the oppressor, you are both— Animality and bestiality are conflated,” he says. “Evoking sex invokes our animality.” On this new album, the opposite also holds true. “And evoking our animality, in turn, invokes spirituality.”

“Reverie” is the latest song to be released from Arca’s new album. Released on April 7, 2017, Arca will be the Venezuela-born, London-based artist’s first album on XL Recordings, following the release of his two previous albums: 2014’s Xen and 2015’s Mutant. In addition to the “Anoche” and “Reverie” videos, Jesse Kanda has also created the artwork for Arca, which will be available on CD, gatefold single vinyl LP and on all digital services.

Meanwhile, tickets for Arca’s biggest headline show to date are on sale now. Arca and Jesse Kanda LIVE takes place at London’s legendary 3,300 capacity Roundhouse venue on April 28, with tickets available now. It has also been announced that Arca will perform at this years Pitchfork Festival in Chicago on Friday, July 14.