APTBS to Tour with The Black Angels 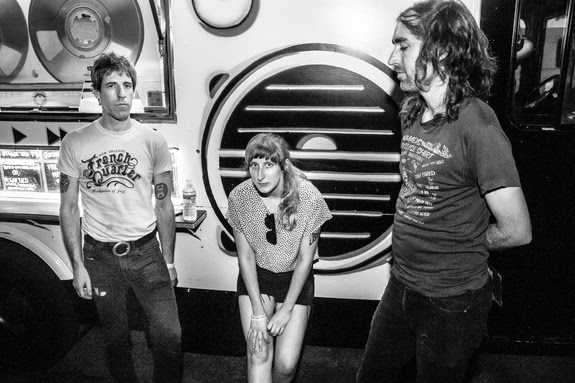 Brooklyn’s A Place To Bury Strangers has announced a slew of tour dates supporting Austin, TX’s reigning psych band, The Black Angels, as well as a handful of solo shows. Full list of dates can be found below. The tour kicks off April 26th, in Nashville, TN.

The tour also marks the introduction to the band’s newest member, drummer Lia Simone. Formerly a prominent presence in Los Angeles’ DIY scene in projects like Ostrich Eyes and Peter Pants, Simone also toured with Le Butcherettes and drummed on the band’s sophomore LP, Cry Is For the Flies.

APTBS, is currently at work on its fifth studio album, a follow-up to 2015’s, Transfixiation (Dead Oceans). Further exploring a more intuitive recording approach, guitarist and frontman Oliver Ackermann and bassist Dion Lunadon shy away from fixating on the minute sonic details as they did in their earlier works, instead trusting instinct and seeking out the unpredictability in their writing. Simone makes her recording debut with the band on the forthcoming record, set to drop this fall, her presence pushing the band’s recordings closer to the notorious intensity of the trio’s live sets.

In addition to touring and a line-up change, the band has recently contributed “Bad Decision,” an unreleased track, to Rough Trade Publishing’s A Song a Day Keeps the Pain Away. The trio’s also set to contribute a song to 30 Days, 30 Songs and Secretly Group’s Our First 100 Days, a project aiming to raise awareness for organizations supporting causes under threat by Trump’s presidency.

* with The Black Angels