Described by Antony as “some of the most significant work of my career,” TURNING is a concert film documentary captured during Antony and the Johnsons and Charles Atlas’ tour of Europe during the fall of 2006. TURNING explores the heart and experience of that series of performances. Through its synthesis of Antony’s songs and Atlas’ unfurling video portraiture of the 13 women who performed on stage, TURNING is an intimate and cinematic journey exploring themes of identity, transcendence, and the revelation of a revolutionary feminine essence.

TURNING will be available on DVD+CD and digitally on November 11th on Secretly Canadian and November 10th in the UK and Europe on Rough Trade. After sharing “Daylight And The Sun,” Antony and the Johnsons and Charles Atlas now present the “Twilight” clip, premiered yesterday, Check it out below.

A special screening of TURNING will take place on November 21st at 7pm at Charles Atlas’Luhring Augustine gallery in Brooklyn. For more information, visit http://www.luhringaugustine.com/exhibitions/charles-atlas_3/.

“The performance artist Johanna Constantine appeared as one of the 13 subjects in TURNING. Johanna and I met in our first year of university in California and she has been a huge influence on my life and work.  We moved to NYC together in 1992 and co-founded a late night performance collective called Blacklips. We have always considered ourselves two sides of a whole: she seems to present a threatening, alien, armored face, while as a singer I exhibit a vulnerable interior. As the years have worn on, we have subliminally exchanged these roles, even from minute to minute. Johanna Constantine is also a founding member of an exhibition project we are now working on called Future Feminism. We first coined the term ‘future feminism’ to describe the work of a handful of female artists from NYC that work on a frontier by themselves, using their bodies as material, exploring themes of violence, femininity, alienation, innocence, eco-collapse and survivalism.”  — Antony 2014 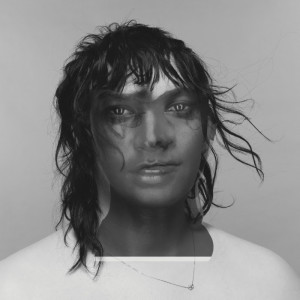 ANOHNI Collaborates With Hudmo and Oneohtrix

Antony and the Johnsons to Release DVD + CD