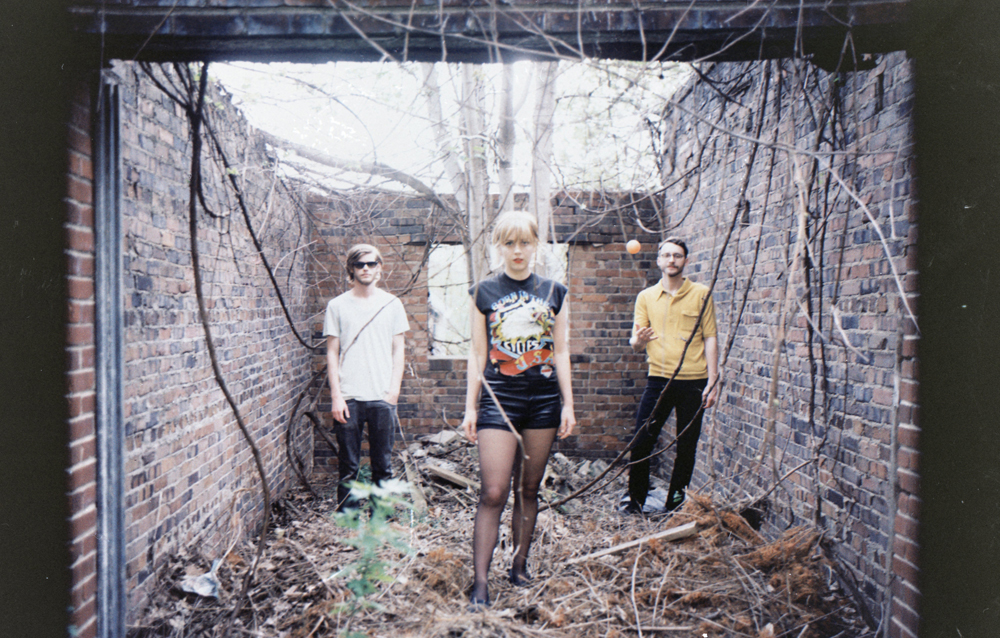 “Love In A Recession” is the first single ​​from​ L.I.A.R., the 3-song follow-up to ​March​’s debut full-length Nevermind I Love You (Sump Pump Records), which began as an exploration of fears and frustrations – a cathartic outlet for Des Moines dream pop trio Annalibera’s Anna Gebhardt, who found inspiration in the classical music she was studying at Drake University as well as in the catalogs of personal favorites like PJ Harvey, Cocteau Twins and Aphex Twin. Almost as a reaction to the restrictive structure of school and the rules of classical singing, she found herself returning to her experience of growing up on a farm in Nebraska and incorporated into her work the free-spirited folk styles she grew up loving. The follow-up ​digital ​EP L.I.A.R. was recorded during the same session as the album, but emerged with its own cohesive sound and theme, a slight departure from Annalibera’s dream pop ​sound​, retaining the lush layers and vocals but employing a country-tinged twang-pop playfulness.​

“​I was looking into my future with a bleak humor because no one could get jobs at the time, including my boyfriend [Annalibera guitarist Ryan Stier],” says Gebhardt. “I wrote ‘Love In A Recession’ to cheer him up with this extended joke about being young, broke and in love, as a comment on the larger problem facing almost everyone I knew after college.”​

“I helped my dad – or probably more like accompanied him, which is helpful I guess because farming is so lonely – but yeah, I helped lay irrigation pipe and fix fences and feed cattle salt blocks in the pastures,” says Anna Gebhardt, frontwoman for Annalibera, about growing up on a farm five miles outside of Scotia, Nebraska, where there was one cop in the entire basically lawless county (“I have stories”) and zero shows to go to. “No one wrote songs or played in bands,” she reflects. In this outlying environment, Gebhardt obsessed over records. “They were my link to the world beyond my remote farm life.”