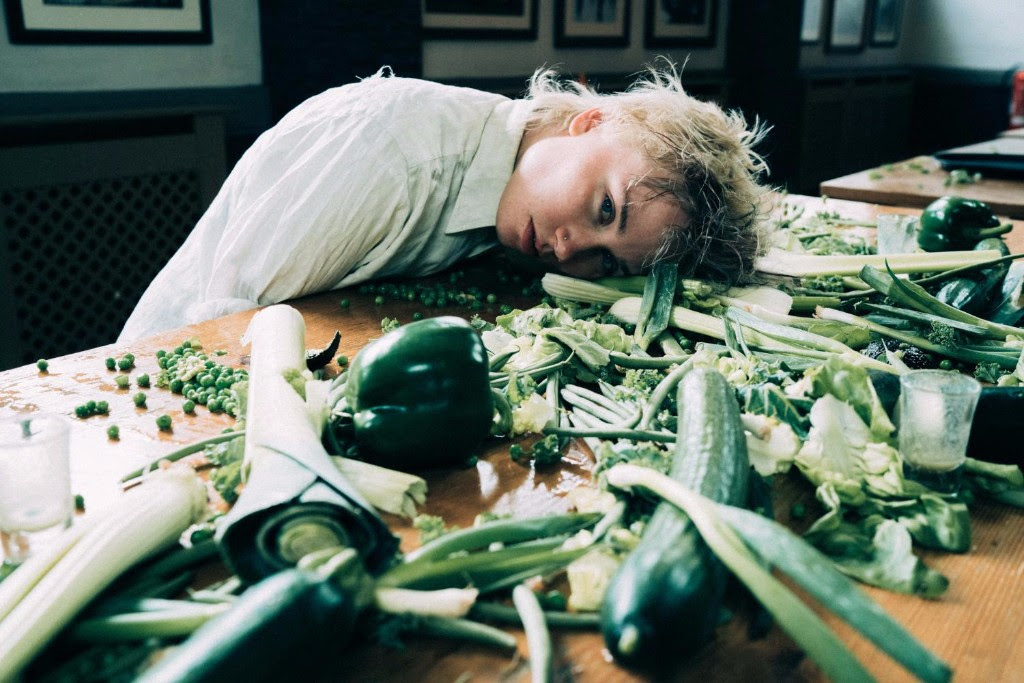 Guildford-based singer-songwriter Annabel Allum continues her reinvention as one of the most vital, snarling and sarcastic voices in the indie scene with latest single ‘Eat Greens’, taken from forthcoming EP ‘All That For What’, out June 30th on Killing Moon.

On the video for the this latest slab of frenetic, raucous expression Annabel gets well acquainted with piles and piles of edible greenery; this insurmountable pile of vegetables reflects the pressures well to do what we are told is right.

Annabel herself says: “I came up with the vid concept pretty early on. It’s a metaphor for doing what you feel is right and the conflict of doing what you’re told is wrong. The one frame shot is representative of the consistency of an opposing lifestyle, and a hypocritical one. Also… any excuse to eat my greens!”

Following the release of her debut single ‘Tricks’ in July 2016, the songstress received early support from the online community and airplay on the likes of BBC 6 Music and Radio X, whilst her original look and self-styling has already lead to endorsements from Bastian Classics, Cheap Monday and various other indie clothing brands.

Having supported acts including Big Deal and Blaenavon over the past twelve months, as Annabel’s live reputation continues to grow as she delivered further stellar performances at Live at Leeds and The Great Escape this past month.