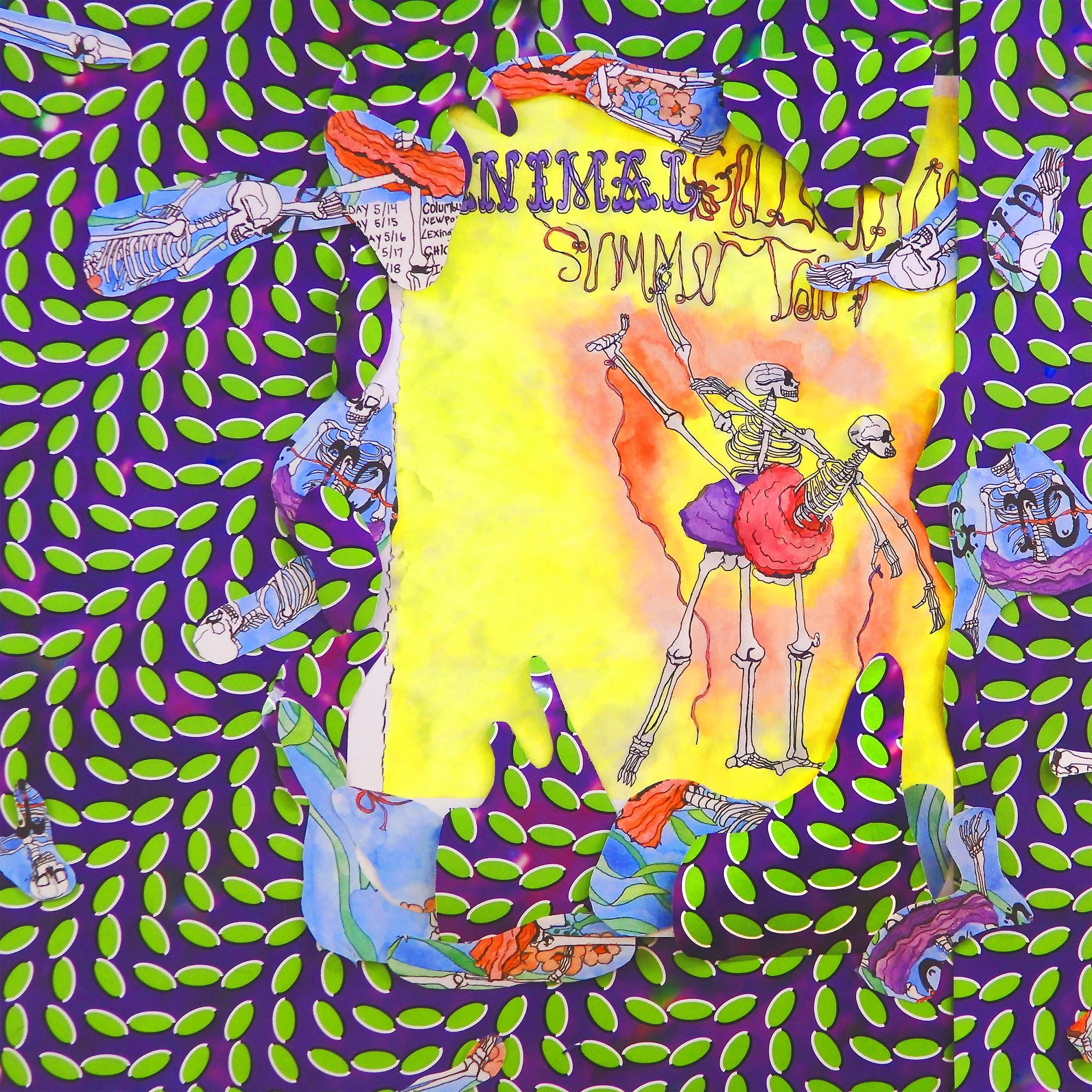 Animal Collective have revealed a new live album entitled Ballet Slippers, released in honor of the 10-year anniversary of Merriweather Post Pavilion. Recorded in the midst of the band’s extensive and acclaimed nine-month tour in ‘09, the album features Merriweather’s greatest hits alongside favorites from Strawberry Jam, Sung Tongs, Feels, and Danse Manatee. The release is culled from several shows from that album’s North American tour and sequenced to reflect a full concert experience.

Mixed by Ajay Saggar and edited by Noah Lennox (Panda Bear), Ballet Slippers will be released physically and digitally on November 22, 2019. The deluxe 3xLP vinyl, and a special bundle of the 3xLP vinyl plus a t-shirt by Kevin Long, is available to preorder now from Domino. Also available on November 22 through the Animal Collective store will be limited edition merchandise.

“It’s impossible for us to remember the years around Merriweather Post Pavilion without thinking about the live experience. As the record turns 10, there has been a lot of talk about the album itself, but so much of the time living with those songs was spent on stage together. Every night on tour, the music opened up again, leaving us new spaces to fill and new opportunities to rethink our past. Just as Merriweather documents the era in one of its forms, we wanted Ballet Slippers to do the same for some of its other forms.”