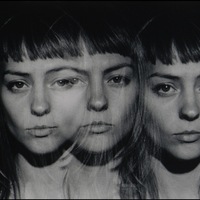 Today, Angel Olsen shares with the world two new films, There’s the “Tiniest Seed” video, which is a track off of her stunning sophomore album, Half Way Home, and the video for the previously unreleased song, “Sweet Dreams.” A “transatlantic collaboration between four friends,” filmmakers Randy Sterling Hunter, Ashley Connor, Zia Anger, and Ms. Olsen created these with the idea of the viewer watching them in tandem. “Two songs were written and recorded in Chicago and then sent to Vienna. There they were translated into a film score. The score was mailed back across the Atlantic and then interpreted using a hand-wound 16mm camera . . . The final version is the documentation of an epistolary-exchange lasting nearly a year . . .