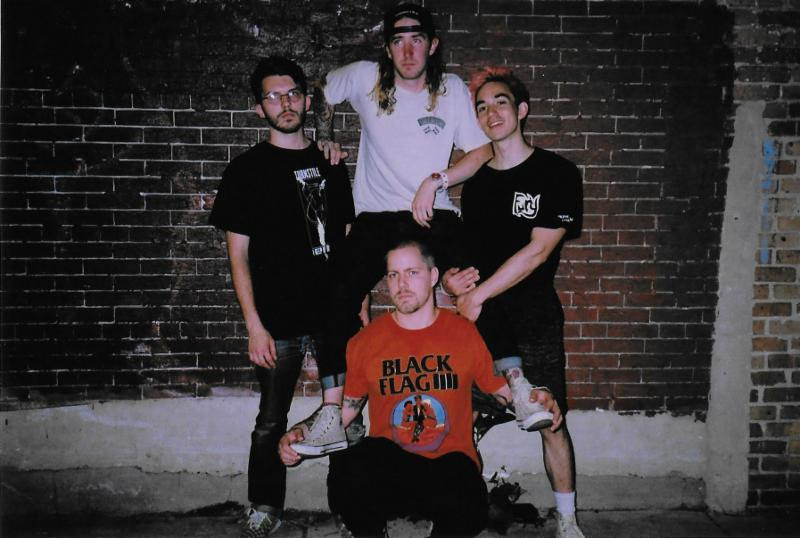 With the release of their sophomore album Rock The F**k On Forever via Pop Wig Records set for this Friday, Angel Du$t are back today to share the album in its entirety. In conjunction with the band making the entire releases available for fans to hear a few days early.

The stream and imminent album release come in advance of the band’s forthcoming West Coast tour, which kicks off June 3rd in Tijuana, Mexico and will see them travel up to Seattle before closing the run with a performance at Sound and Fury in Los Angeles alongside the likes of American Nightmare, Ceremony, Tony Molina and more.

Angel Du$t has been a band for like 3 or 5 years or something. Hailing from the city of Baltimore, these guys don’t f**k around when it comes to making rock music. Do you like the Lemonheads and the Bad Brains at the same time? Of course you do. This is kind of like that, but with less heroin involved.

“Rock The F**k On Forever isn’t just the name of their new LP, it’s a command. If you want nothing more in life than to rock your stupid ass off, then do yourself a favor and pick this shit up straight from Pop Wig Records. Angel Du$t has other records but this one is way better than the old bullshit. This record was recorded and produced by Will Yip, who did Title Fight, Citizen, Circa Survive and more. I bet he sang on it too or something. He also did the Turnover record that I know you all f**k with”.

“Turn Away The Bad Thing” Ceremony