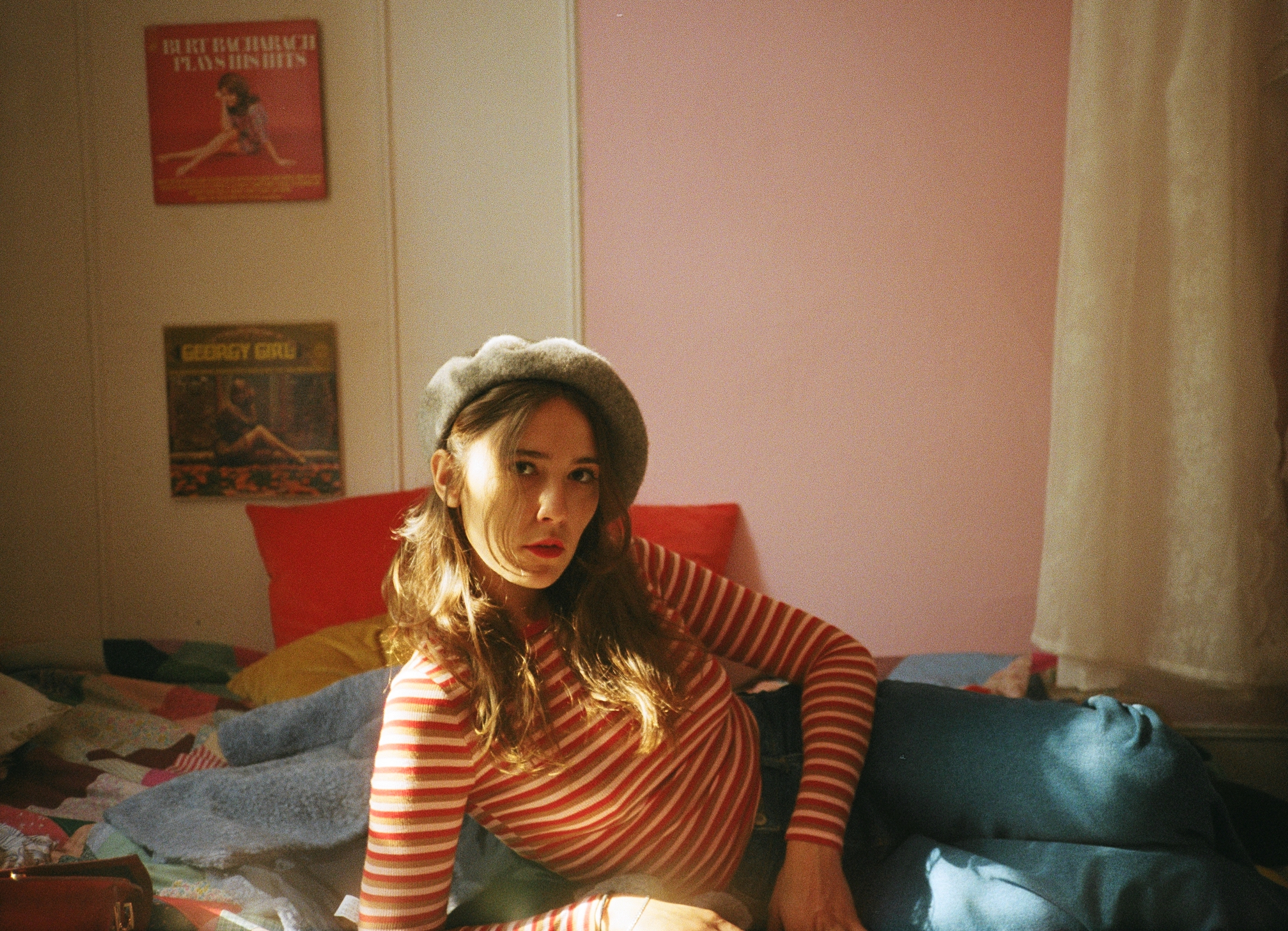 As Anemone (alter ego and band of Chloé Soldevila) has evolved as an artist her ability to create art has only taken on new forms. Pulling inspiration from different times in her life and the people around her, Chloé Soldevila makes brilliant psychedelic music and brings it to her band to make it the music of Anemone. We caught up with Soldevila during Anemone’s latest Canadian tour to talk photography, collaboration and California.

Northern Transmissions: After shooting photos, what led you to finally make music of your own?

Chloé Soldevila: It was just a timing in life. I’m a musician before being a visual artist. Photography had led me to travel and experience a lot in my earlier years. At some point I had matured enough creatively to feel confident enough to write and share my music.

NT: Anemone’s music is such a creative force, so how are the songs being written and at what point do you bring them to Miles and Gabriel and the rest of the band?

CS: Thank you. I make demo recordings and write all the songs – and together we work arrangements and perform it live to bring out as much as we can from the piece as well as each and everyone’s creative input, playing and personality which in our hearts makes this project unique.

NT: You’ve described your music as capturing the feelings of dancing high on life and driving on a sunny day, so what is your secret to bringing that out musically?

CS: I couldn’t pin point exactly what it is, but I am definitely a very airy and positive person, this way it translates through my music. Music makes me feel stronger and I want to share that strength to people.

NT: Considering how many comparisons your sound gets to California psych music, (and Australia for that matter) how much of your music is inspired from your time in America versus your life in Montreal?

CS: I’d say they are pretty equal. I’ve been very inspired in the past by psychedelic music from America, Europe and Australia for that matter, and very inspired by places I’ve visited, vast landscapes and so on. Then again, we as a band are inspired by much more together and we develop that in Montreal where we live.

NT: Is this why you guys decided to bring out a snowy look for your “Endless Dive” video, as a kind of Canadian take on this sound?

CS: Not at all. I never even thought about that. The song is about being strong, as a woman and individual, and I thought it was a great metaphor to set the characters of the music video in an extreme and royal environment.

NT: You’ve been playing around with the band in some shape since 2015, so what evolutions led you to releasing music more seriously?

CS: Hard work and satisfaction of what we were accomplishing.

NT: I was also interested in how euphoric “Bout De Toi” sounded, how did that song start and what were you trying to capture there?

CS: The song started as a very high energy 1 minute loop I had going on in the middle of the night all by myself – trying to relieve the euphoria I was having as I was falling in love at that time.

NT: I was also curious if you were hoping to incorporate your photography more with the band in the future (whether it be album art or something else) or whether you want to keep that separate from the project?

CS: I don’t really do much photography anymore. I have become more of an artistic director in forms of photographic and cinematographic art. I surely incorporate that element in the project, as I direct the visuals of Anemone.