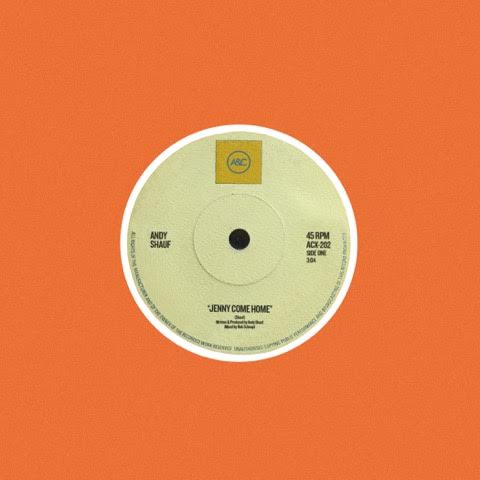 Arts & Crafts has signed singer/songwriter Andy Shauf. A self-produced multi-instrumentalist, Shauf captivated listeners with the affecting songs from his album The Bearer of Bad News, recorded in the basement of a home in Regina.

Shauf’s songs possess a sound that is both familiar – many reviews reference Elliott Smith – and yet there is also something new there, in the words and the unique instrumentation. While there are guitars, bass and drums, there is also a clarinet utilized in a way you have doubtfully heard before. “It just has a unique tone or voice to it that nothing else really has,” Shauf says of the instrument.

Fans of Shauf will hear a noticeable shift in sound on new single “Jenny Come Home”, a jangly, upbeat track unlike anything he has released to date. Shauf delivers a narrative from the perspective of a man who is cheating on his partner and gets caught, masked in luscious production and clarinets recorded by Shauf in Regina’s Studio One and mixed by Rob Schnapf (Kurt Vile, Beck, The Vines). The sound is a lilting and entirely captivating pop that manages to simultaneously convey a yearning and unfolding heartache.