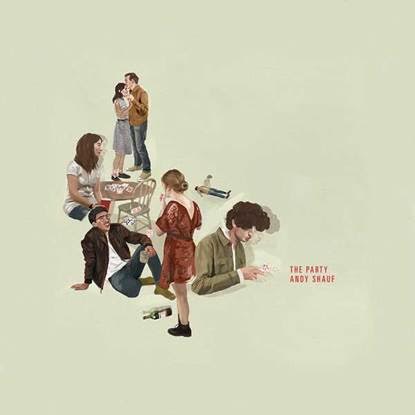 On May 20, Arts & Crafts WILL release singer-songwriter Andy Shauf’s album The Party.

With The Party, Shauf creates a cast of memorable and unique characters. They show up “Early To The Party”, reveal secrets (“To You”) or try to reveal nothing (“The Magician”). In “a city the size of a dinner plate” everyone knew the guy who keeled over after smoking what he promised would be his last pack of cigarettes (“Alexander All Alone”). There’s the girl dancing by herself in the middle of the room, with the “Eyes Of Them All” upon her. One moment you’re dancing with someone who bears an uncanny resemblance to your ex (“Martha Sways”), and later slagging your best friend as a way of endearing yourself to his recently dumped ex (“Quite Like You”).

All of this is set to ornate arrangements of fuzzed-out guitars, string sections, clarinets and dreamy synths, draped over delicate piano, acoustic guitars and rainy-day drums. Listen in on The Party with the lead single “The Magician”.

The Party is not exactly a concept record, but it was a way for the singer-songwriter to get out of his own head. An after-party record, more like it. Or for the hangover the next day, when only Shauf’s songs can make any sense of the emotionally-charged scenarios that played out the night before. When The Party was over, Shauf had no regrets—even if its characters have more than a few. You’re invited to The Party.

The Saskatchewan-based songwriter gained international attention with his previous album, The Bearer of Bad News. Andy Shauf will head to Europe for a string of tour dates in April, and returns to North America opening for case/lang/veirs this June.