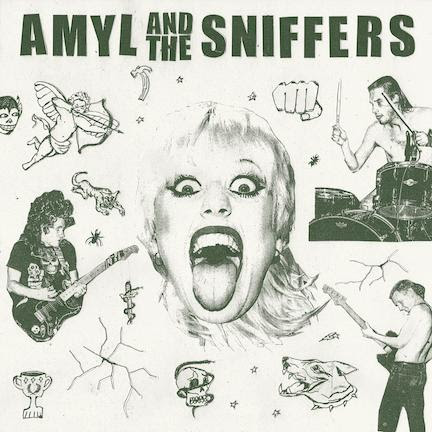 Amyl and The Sniffers have released a new video today for their song “Some Mutts (Can’t Be Muzzled)” off their current self-titled debut album. Shot and edited by Dikayl Rimmasch (known for his videos for Beyoncé, Blondie, Jay Z, Adele, The Raconteurs) in the Mojave desert, the clip shows the band in peak feral form, bashing things up and spreading chaos everywhere. Rimmasch says of the video, “We bought beer, a light at a hardware store, and a baseball bat. It was a great weekend.”

The band is currently winding down a UK and European tour, and will return to North America in July for another headline run including an appearance at Burger Boogaloo and sold out headline shows at LA’s Teragram Ballroom and NYC’s Market Hotel (all dates below).

Amyl and The Sniffers are Amy Taylor (vocals), Gus Romer (bass) Bryce Wilson (drums) and Declan Martens. The band released their self-titled debut album on ATO/Rough Trade/Flightless Records in May of 2019. They are also currently featured in Gucci’s Pre-Fall 2019 campaign and were selected for Gucci Gig, a collaboration between the esteemed brand and exciting up-and-coming musicians.

Amyl and The Sniffers
Live Dates