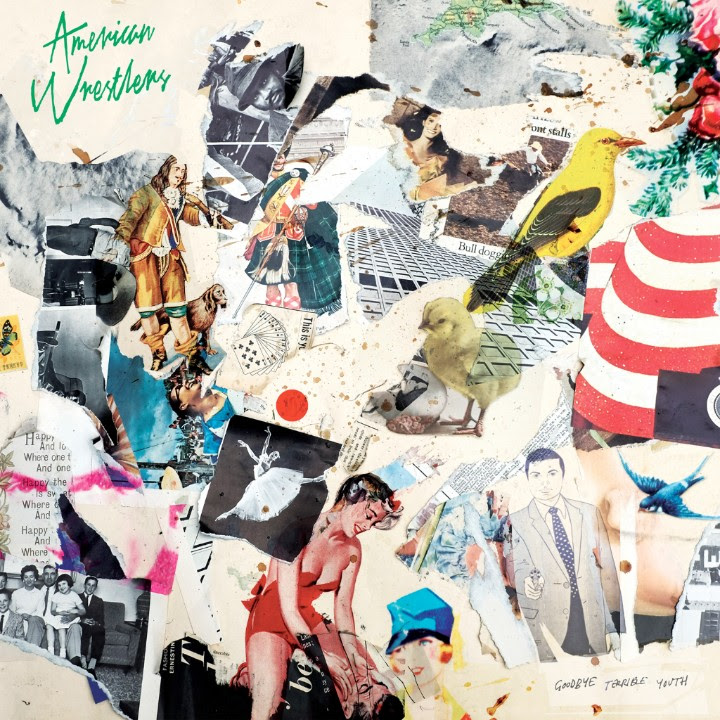 American Wrestlers, the project of St. Louis songwriter Gary McClure, has revealed follow-up to last year’s self-titled debut. Goodbye Terrible Youth, the full-length will be available November 4th via Fat Possum Records. Today, he shares a taste of the new album, with the lead-track “Give up”.

Before starting American Wrestles, he was one-half of Working For a Nuclear Free City, a shoegaze-inspired band out of Manchester, England. By 2013, McClure and bandmate Phil Kay decided to wind the project down. As McClure weighed next move, he started playing around and posting demos online. The tracks caught the attention of Bridgette Imperial, an American who was studying overseas, and sparked more than just a meeting of musical minds. They began dating, and a year later, McClure had moved to St. Louis to marry her.

The midwest move has been a key influence for the restless musician, a more open music scene than he was accustomed to in Manchester. While working a warehouse job for UPS in Missouri, McClure began experimenting and recording what would become the first American Wrestlers album, and the momentum and reception built since then has allowed him to stretch out and refine a new album of songs with a full band, which includes Imperial, who plays keyboard, as well as Ian Reitz on bass and Josh Van Hoorebeke on drums. McClure’s new set of bouncing, well-crafted songs show that musical youth is not always wasted on the young. Today, American Wrestlers share the first single off the record, “Give Up.” McClure had this to say of the song:

“I wrote Give Up in the basement of our two room house, in the murder inducing heat of a Saint Louis night, half a mile from the Mississippi river. It came out in one shot after I plugged in and hit a chord that rang out with a middle-era Clash jangle. I followed that chord into Strummerland and ended up going via some first-album-Foo-Fighters deal to somewhere else. The descending guitar lead line came much later when I wanted to add something in the vain of the clean-chorus-reverb guitar runs of contemporary indieists. A friend told me that it’s a song about feeling trapped. I don’t know. He’s probably right. “I better watch lest my pretense is a loaded gun for pseudo Chuck Bukow’s to wave” is my favorite lyric-that-shouldn’t-really-be-a-lyric that I ever wrote. “If I take my time they’ll bury me alive” is certainly the closest to the bone. There are some that are totally indecipherable and which I don’t think are even words. Those are undoubtably the most honest of all.”