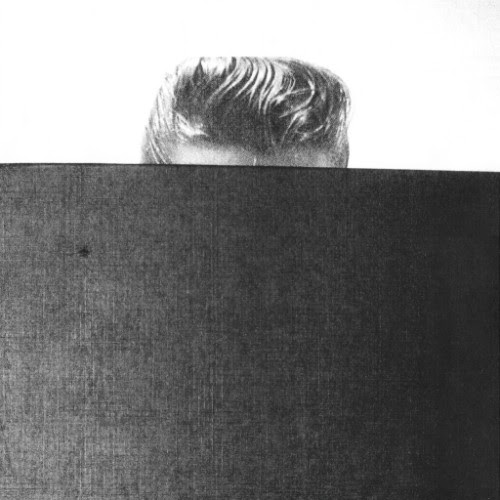 American Lips have premiered “Beyond The 7-11” in conjunction with the announcement of their debut Kiss The Void. The full-length is due out on June 16th via Ancient Fashion Records. This is the first release from the new band featuring Death From Above 1979 drummer Sebastien Grainger, singer/guitarist Adrian Popovich, and singer/bassist Jessica Bruzzese. The album is the inaugural release from the band’s DIY label, Ancient Fashion Records. It was recorded by Popovich at his Montreal studio, where he has produced records by bands like Duchess Says, Solids, and Steve Adamyk Band, and mixed by Grainger in Los Angeles following the surprise cancellation of a DFA1979 tour last year.

With a video written, directed, and edited by Grainger, “Beyond The 7-11” channels the desperation at the heart of American Lips. Sparing no time, it synthesizes the band’s off-kilter influences while seeking something more than the monotonous offerings of an endless pop culture churn. Looking past the obvious, the trio know there’s a place where they can find heaven.

“We wanted ‘Beyond The 7-11’ to sound as if David Lynch played rhythm guitar in The Buzzcocks,” the band tells Brooklyn Vegan. “It’s about the endless sea of the human mind and how you can’t buy a damn Slurpee in Montreal. Seb played drums in a kindergarten classroom, Jess played bass while waiting for the bus, and Adrian played guitar laying on his side. This recording cost $2.75 Canadian.”

American Lips is the first project featuring Death From Above 1979 drummer Sebastien Grainger and producer Adrian Popovich, yet their collaboration dates back over a decade. The pair first met when Popovich played in riff-wielding rockers Tricky Woo, a fixture of the Montreal garage-punk scene of the late 1990s. As a fan and supporter, Grainger aided in Tricky Woo’s signing to Last Gang Records, while Popovich helped record Grainger’s solo albums in return. Following an unceremonious split with his former band, Popovich has devoted himself to his Montreal studio, working with everyone from Duchess Says to The Dears to Barn Burner. Though he never stopped writing songs, Popovich says he was “semi-retired from making music in public.” That changed after his complex sonic sculpting for other artists ranging from baroque-pop to banger-metal inspired a less-is-more epiphany.

“It’s easy to be in the studio and go crazy with the filigree,” says Popovich. “I’ll spend a lot of time with a band, exploring all the options for overdubs, trying a million things out. You end up with a mountain and have to start digging to find the song underneath. It can be a lot of fun, but as a guy who does it for a living, I wanted everything for this record to be concise and completely trim the fat.”

Drawing on the minimalism of Wire’s Pink Flag, the manic garage-punk of Jay Reatard, and the synth-driven attack of Total Control, Popovich and his wife Jessica Bruzzese co-wrote Kiss The Void. They named their band American Lips in tribute to a song by New York psych-punks Alice Donut. Trading demos with Sebastien Grainger as he sent them the latest DFA1979 songs, the drummer says he got jealous before Popovich asked him to join the band.

After recording the album in two quick days, Grainger returned to his home in Los Angeles to begin a tour with DFA1979. However, after it was abruptly cancelled he found himself with ample time to experiment with mixing. Caught in a heat wave with only a Tascam cassette deck and his laptop, Grainger was challenged by both technical and physical limitations.

“I was in a sublet with no air conditioning so I couldn’t work during the day because it was insanely hot,” he says. “I ended up mixing it late into the night, which worked out well because of the time difference. When I would be done a mix, Adrian would just be getting up in Montreal. I would slave over this sonic experiment for hours and hours, then go to sleep at 4 or 5 in the morning and wake up to all of these ecstatic texts.”

“We won’t have anyone to blame but ourselves,” Grainger laughs. “But if people are into it, that’s cool too. With DFA1979, there are just more people involved and it operates on a different level. I can’t do everything myself, even though I try to sometimes, so this label gives an outlet to my obsessiveness. Adrian hasn’t stopped writing either so there are probably four more American Lips records ready to go.”