“America” by The New Tarot 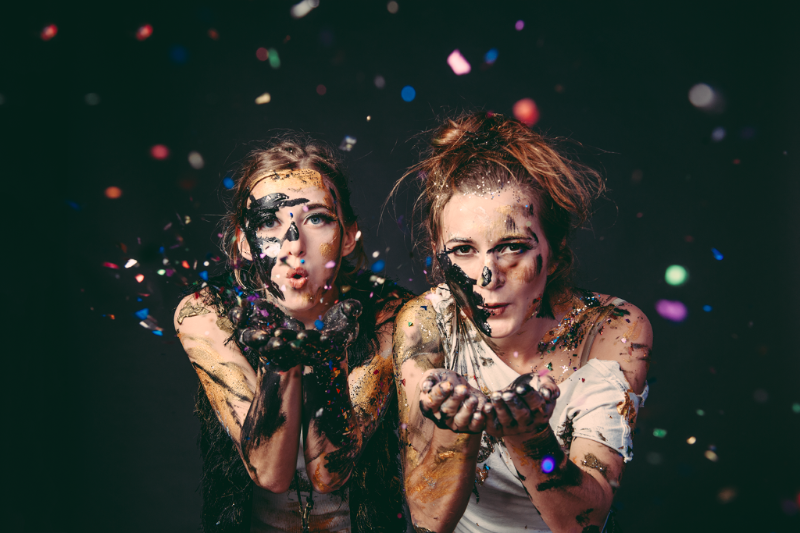 NYC-based, sister-fronted group The New Tarot, are set to release their debut full length album, following their third EP, God of Science. The new yet-to-be-named LP is about ​enlightenment from another century and revelation in era of political and spiritual uncertainty. ​

Singles from the last release, “Heavy Metal,” “Tell Me You Like Me” and “Solid Sun” paved the way for the debut full-length. The EP adopted the name of title track God of Science, with themes running through this collection ranging from social media-based egoism to ephemeral existence.

Previous EP, STELLA!, featured the track “Memory Kills.” The video for title track, “Stella,” premiered this past Halloween, which was fitting for the spooky vibe and haunted set, where it was shot. A new video for “That Ain’t Me” is currently in post-production – unlike “Stella,” this next video is completely animated.

The Walker sisters, Monika (vocals/guitar) and Karen (vocals/keyboard), formed their band in the spring of 2014. While performing poetry outside Union Squares’ subway entrance, Monika Walker captivated the attention of a passing man, who would later become the band’s manager. After hearing the brilliance in Monika’s poetry, and learning she had a sister studying music composition at college, the soon-to-be manager convinced Karen to leave college and pursue a career in music with her sister. Now, a full band supports them: Chas Langston (drums), Dave Kahn (bass), Beth Callen (guitar) and David Banker (trombone). The sextet create stories filled with chaos, harmony and the concept of space within ourselves and the universe.

Headlining Brooklyn’s Knitting Factory and Manhattan’s Le Poisson Rouge and playing at other major NYC venues, including Mercury Lounge, Rockwood Music Hall, The Slipper Room and The Bitter End, The New Tarot have taken off within two years.