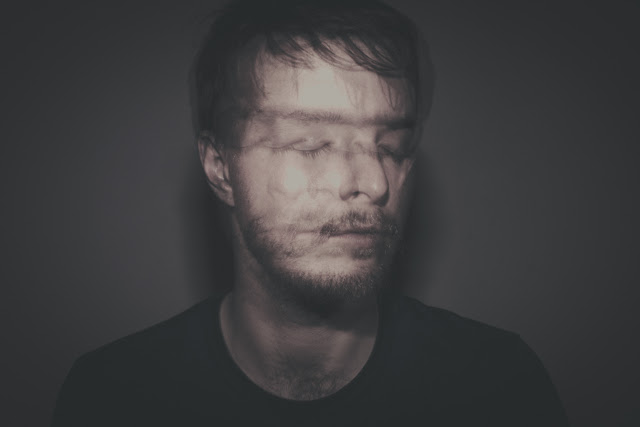 Ambassadeurs, is Now back in the studio recording his second album. In the meantime he is dropping Halos on January 15th to keep fans of his sound happy. The EP was written during an escape in the autumn from the city to the countryside. Today, he shares the track “Kava”, which you can stream below.

The change of scenery from concrete to wilderness is reflected in the more organic sounds on the EP. It was written with the bare minimum of equipment so a simpler and more stripped back approach was adopted even sampling some old cassettes that were left behind in the cottage where he was staying.

The EP explores a more 4/4 sound than his debut album while still retaining the signature aesthetic of Ambassadeurs productions. It’s a formula he’s been exploring recently, as heard on a new remix for Ninja Tune signing Autograf about to drop.

Ambassadeurs widescreen sound spans bass heavy, ethereal electronica, through to dark ambient moments, and shimmering, melodic techno. Taking cues from dub, hip-hop, bass and jazz, but sounding like none of these genres, his distinctive style can be attributed to a Tobin-like love for turning found sounds into samples and processing them beyond recognition – creating music as unique as his talent.

In addition to his own releases Ambassadeurs’ stock has been consistently rising in the remix market with his production skills being noticed and used by record labels including Tru Thoughts, Ninja Tune, Moshi Moshi, Fat Cat, Wah Wah 45s, Universal and Rough Trade. Despite this packed schedule he has still continued his policy of shipping regular free releases of music for his fans via social media which has seen his fan base grow exponentially to over 35,000 followers and exceed 7 million plays on SoundCloud alone.

This continued stream of high quality releases has won him strong DJ support in particular from BBC Radio 1. Coupled with online press support from The Fader, Mixmag, Vice, iD, Clash, XLR8R and Earmilk all championing his tracks there has been no shortage of talk about the London based producer and his work.

In addition to his studio work, Ambassadeurs has profile toured across North America and Europe with the likes of ODESZA, Machinedrum, Gas Lamp Killer, Danny Brown, Gold Panda, Daedelus and Kelpe with a show that marries his leftfield sound with surrealist videography.

Ambassadeurs (aka Mark Dobson) started out learning his craft on an 8-bit Amiga computer, wrestling with the notoriously tricky Octamed while the rest of us were playing Lemmings. After the requisite teenage years in psychedelic rock bands, he upgraded to Logic and began working with electronic instruments, getting inside the machinery to make them sound the way he wanted. After signing 2 EPs with Pilot Records he now heads up his own label – Lost Tribe Records through which he releases his own work and champions other forward thinking electronic artists.