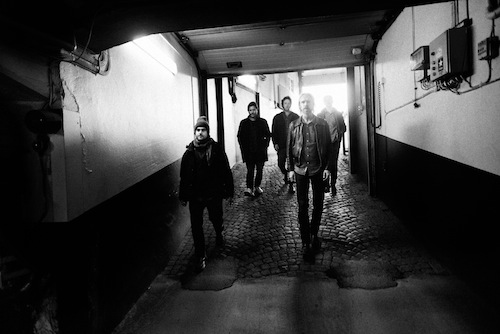 Following the late 2014 unveiling of “Picture You,” the lead single off of The Amazing’s forthcoming album of the same name, the Swedish five-piece have now released a second song titled “The Headless Boy.”

The Amazing inhabits an aural landscape that’s all its own: a panoramic, constantly evolving spectacle marked by layers of intertwining guitars, richly textured keyboards and a rhythm section adept at skewed tempos and a tendency to veer off in unexpected directions. It would take a shelf full of thesauruses to describe the Swedish quintet’s music, but one word that keeps reoccurring is “psychedelic,” a characterization that Christoffer Gunrup, the band’s singer, songwriter and guitarist, dislikes. “I hate the word,” he says. “I have no relation to psychedelic music or prog rock. Reine (Fiske, one of the band’s three guitar players, formerly of Dungen) likes that prog stuff, and he’s very good with sounds, so he would be the one to blame for that.”

The mid-tempo music on Picture You has its own unique texture and timbre, but Gunrup, an ironic perfectionist who is always slightly dissatisfied with his work, would rather play music than talk about it. “I have no idea how to describe the songs [on any of my records]. I like and hate them all equally. If you theorize about the songs, it ruins the tension and passion. Just shut the fuck up and play, but play good.”

That’s just what the band did. Gunrup showed the band the songs before they went into the studio, but everyone improvised freely to bring the songs to vibrant life. “They do what they feel,” Gunrup says. “If I were to tell them what to play, it would be a lot less interesting.” The album’s basic tracks were cut in three intense days of studio recording, then Gunrup and keyboard player Fredrik Swahn added overdubs and vocals.

The music on Picture You is enigmatic as expected. Atmospheric keyboards, twanging guitars, and Gunrup’s anguished crooning float through the slowly intertwining melodies of “Broken,” concluding in a hushed pastoral interlude of voice and chiming guitars. “Safe Island” floats on a sea of reverb drenched feedback, while meandering clouds of hypnotic lead guitar ebb and flow through a vast sonic space, finally colliding with an avalanche of distortion, highlighted by clusters of playful interstellar keyboard. “British guitar stuff,” Grunrup says dryly. “Ride, My Bloody Valentine, Jesus and Mary Chain – not that this song is as good as theirs, but it evolved it that direction.”

“We’ve evolved our ability to play together,” Gunrup says, “but I don’t see that as a good thing. I think it’s important to not know what’s going on, to always be surprised. That’s why we can’t repeat ourselves, we need to change a bit, need to improve a bit – constantly – otherwise we will be bored to death.”

Christoffer Gunrup has been playing music all his life, a serious musician, with a modest, self-effacing approach. “I’ve played drums, trumpet and guitar from an early age, not that I was any good. I had a band at University that released four albums as Granada.” The band was known for its slow tempos, dreamy songwriting and the heartfelt vocals of Anna Järiven. They composed collectively, but Gunrup was also writing his own songs.

“When Granada was put in the ground, I started playing alone and realized that I needed to howl on the songs myself to get them to sound as I wanted.” Gunrup enlisted former Dungen guitarist Reine Fiske and drummer Fredrik Björling and started playing dates. “I played guitar, Reine bass and I ended up with a microphone in my face. I had never sung before.”

When the trio needed a name, Fiske offered The Amazing, England 1969! He imagined the band as an obscure trio playing some unknown festival in England in 1969. “All band names are rubbish,” Gunrup says, “but if you like the music, any name is OK.”

At an early gig, an engineer from the Fashionpolice studio discovered The Amazing. He helped them record their eponymous album. After a few personnel changes, they made their second record, Gentle Stream. The band for Picture You also includes Fiske on guitar; Fredrik Swahn on guitar and keys; bass player Alexis Benson and drummer Moussa Fadera. “We play because we’re friends,” Gunrup explains. “It’s all about playing music and hanging out, recording songs and getting the songs into this thing we do, that we never speak about.” 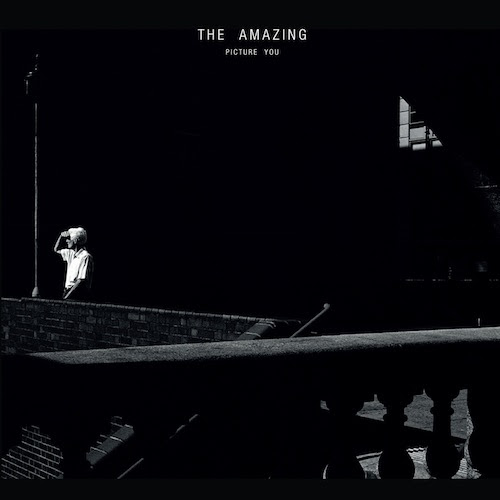