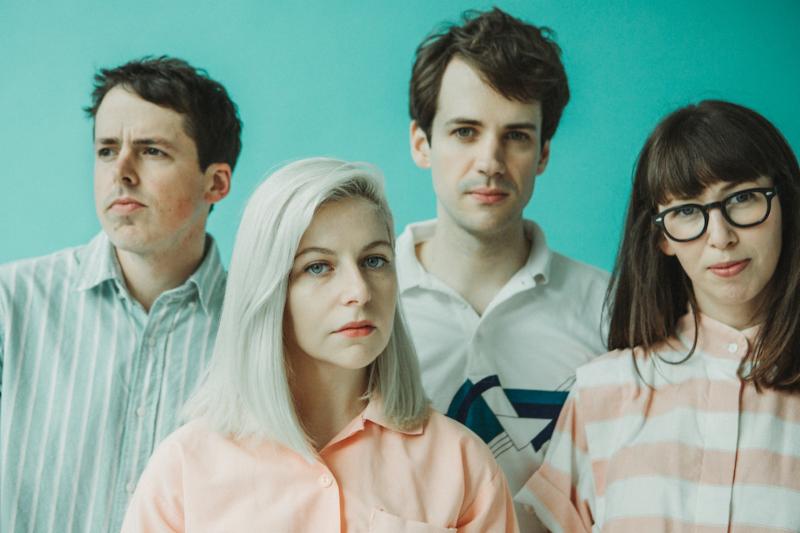 Ahead to the release of their new album Antisocialites, out tomorrow via Polyvinyl/Royal Mountain/Transgressive Records, Alvvays are streaming brand new song ‘Lollipop (Ode To Jim)’. Written by Molly Rankin after singing ‘Just Like Honey’ on stage with The Jesus & Mary Chain, ‘Lollipop (Ode To Jim)’ is a rapidfire sugar stream that balances it’s chiming guitar riffs with layers of reverb and feedback.

Antisocialites is the follow-up to Alvvays 2014 self-titled debut. The band have already shared two of the album’s singles ‘In Undertow’ and ‘Dreams Tonite’.

The Toronto band are currently finishing their current UK tour, finishing with a show tomorrow at London’s Koko. After a run of European shows, Alvvays will tour the US throughout October and November, before finishing the year with four hometown shows in Toronto in December.