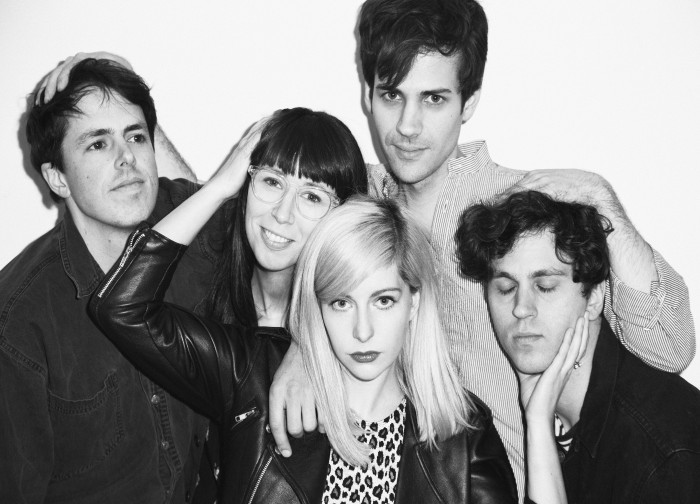 Alvvays are set to embark on their first ever Australian tour, followed by three North American nights with Courtney Barnett between two Coachella shows. Despite a busy schedule, they’ve also been taking as much time as possible at home in Toronto to work on their next record. Alvvays’ self-titled debut was released by Polyvinyl Records the album was produced by Chad VanGaalen and mixed by Holy Fuck’s Graham Walsh as well as John Agnello (Sonic Youth, Dinosaur Jr., Kurt Vile.)

Comprised of Molly Rankin (lead vocals/guitar), Kerri Maclellan (keys/vocals), Alec O’Hanley (guitar), Brian Murphy (bass) and Phil MacIsaac (drums), Alvvays take the template laid out by the likes of Scottish stalwarts Teenage Fanclub, The Vaselines and Belle & Sebastian and fuse it with a strong sense of self and a unique personality. Each shimmering track on their debut full-length frames Rankin’s melancholic melodies and unwavering voice with meticulous arrangements and needlepoint guitars.