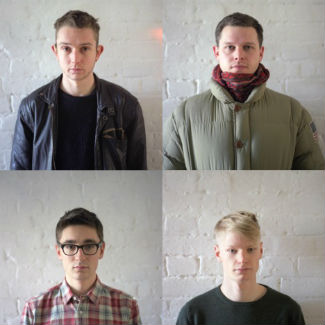 Today Mercury Prize-winning UK band Alt-J are releasing their concert film, An American Wave. The film includes interviews with fans and tastemakers as well as a full-length performance from their sold out show at the Midland Theater in Kansas City. As one of the first American cities to embrace the band outside of the traditional cultural spheres on the coast, Kansas City claims a unique place in the still-unfolding story of alt-J. Kansas City has shown the world what its residents have known for years – that it’s a modern, progressive city with a healthy appetite for art, music and culture. Julian Acosta, who has directed several music films and music videos for MIA, The Shins, Passion Pit, Band of Horses, and Foster The People, directed An American Wave.

alt-J are currently preparing for their upcoming North American tour. They will play Lollapalooza this August then head out to Mexico City before returning to the states for two nights at the Hollywood Palladium in Los Angeles, the first of which is sold out, to kick off their tour. The band will also play a sold out show at the Central Park Summerstage at Rumsey Playfield in September. Main support on the fall tour dates is Lord Huron. For a full list of the band’s upcoming tour dates, please see below.