“All and All” by Trupa Trupa

Ahead of their North American tour, Trupa Trupa have released a video off their sixth album B FLAT A. The clip was directed by San Francisco filmmaker Keesan Nam the video is a wondrously shot story about loss. Grzegorz Kwiatkowski of the band notes: “Someone lost someone. But why? And who is really lost? I don’t know if you can find out about it from this clip. But this is part of the puzzle called B FLAT A, where we have question marks, ambiguities, sadness and absurdity.”

The band kicks off their North American tour tomorrow night at PhilaMOCA in Philadelphia. The next night they play Mercury Lounge in New York City, followed by D.C., Detroit, and more (full dates below). The tour is co-organized by the Adam Mickiewicz Institute, and co-financed by the Minister of Culture and National Heritage of The Republic of Poland. Presented in partnership with the Polish Cultural Institute New York, and the Embassy of the Republic of Poland in Washington D.C.

With B FLAT A ​​Trupa Trupa looks to confront evil; exploring, in singer Grzegorz Kwiatkowski’s words, “the wasteland of human nature where hatred and genocide are not just distant reverberations of Central European history but still resonates in contemporary reality.” Musically, B FLAT A is where the provincial math rock, woozy psychedelia and heavy folk elements of the band finally coalesce in that most unfashionable of things, a sound that can fill a stadium. The band has always been able to shake the roots of any mountain in terms of making noise but their new record showcases a new, outward-looking sensibility. Created when the band had a US tour canceled due to COVID-19, the group was creating with what Trupa Trupa vocalist Grzegorz Kwiatkowski, describes as a “visible paranoia”. He went on to add, “COVID affected us. So our dark stuff was in my opinion even darker because of this super strange, frightening atmosphere all around us and inside us.”

Order by b Flat A by Trupa Trupa HERE 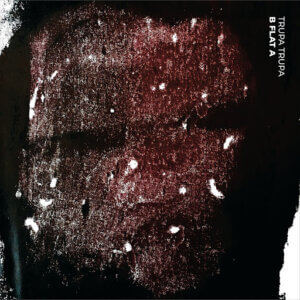 Trupa Trupa – B FLAT A 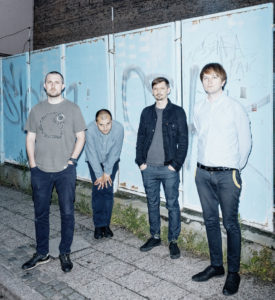