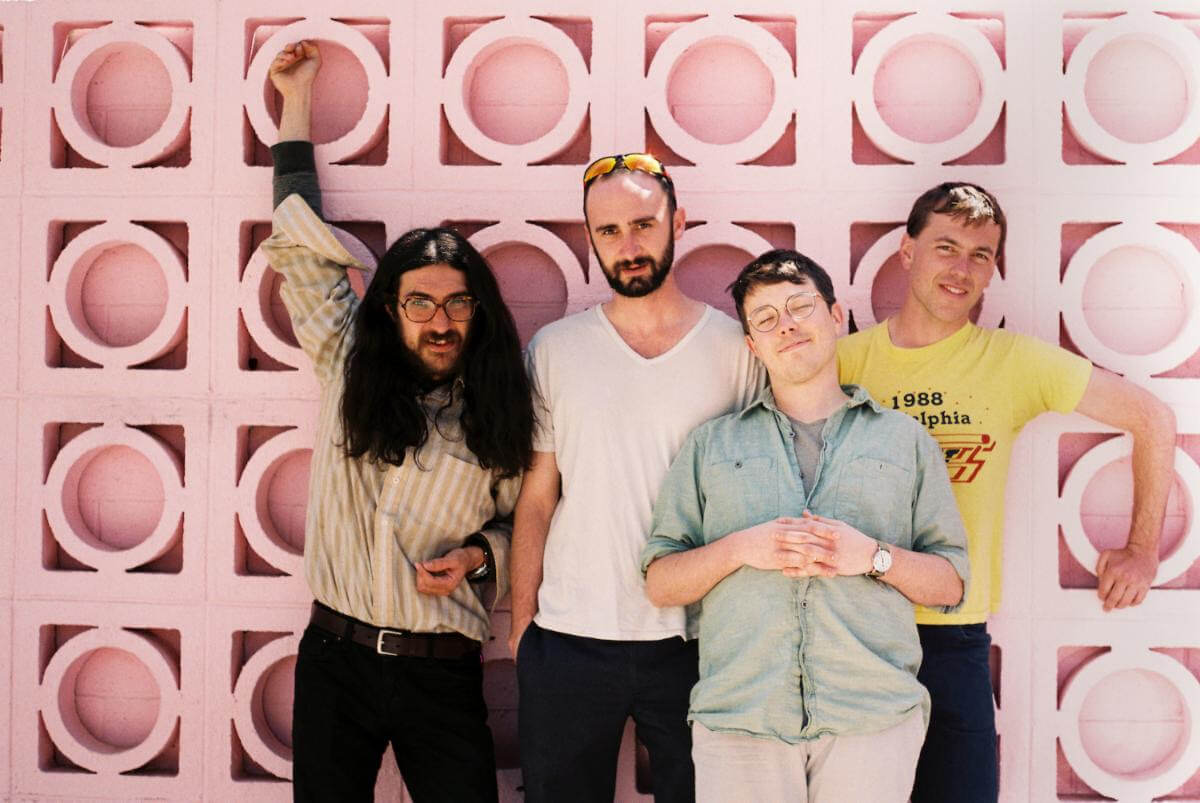 Friendship have released “Alive Twice,” a song off their forthcoming new album Love the Stranger, which is set for release on July 29 via Merge Records. Friendship’s Dan Wriggins shares the inspiration for the song title: “The poet Linda Gregg dedicated her book of poetry Too Bright to See to her lover, Jack Gilbert, with an all-caps inscription: ‘IT WAS LIKE BEING ALIVE TWICE.’ The phrase shows up later in her poem ‘The Defeated.’ I wasn’t going to steal it, but I looked it up and found that Gregg had taken the phrase from the Tang Dynasty poet Li Po. I think Eileen Myles talks about it, too.” Of the recording, he says, “This one went through a unique process. I recorded the delayed Wurlitzer line and vocals alone, then left the studio. Michael, Peter, and Jon, who hadn’t heard the song before, went in together and improvised over it with piano, Rhodes, and organ. Finally, we dropped some of the Wurlitzer, creating an extremely cool, roomy effect.” Michael Kaplan shot the video for “Alive Twice.” Wriggins says, “I kept asking Michael if we could work zombies into the video. He said it would cost too much. The Black Angel at Iowa City’s Oakland Cemetery, however, is the site of some pretty creepy legends.”

The Philadelphia based band previously shared album track “Hank.” In support of Love the Stranger, Friendship will be heading out on a North American tour with Tenci. The shows kick off August 2 in Nashville and conclude in Chicago on August 14. Along the way they will stop in DC, New York, Toronto, and in Philadelphia for a hometown show at Johnny Brenda’s. All dates are listed below.

Influenced by Friendship’s punk and indie peers as much as road-star forebears like Lucinda Williams and Lambchop, Wriggins says of the recording sessions: “We all got to stretch out, chase our personal musical fixations, and build on each others’ work. Bradford Krieger, our engineer at Big Nice Studio, has a mind-blowing creative energy and hundreds (thousands?) of instruments.” He recalls further: “I wanted the album to sound like Emmylou Harris and the Hot Band in the ’70s. Pete wanted it to sound like a semi full of spent fuel rods, barreling towards a runaway truck ramp. Jon kept reminding us that the studio is an instrument, and Michael wanted it to sound like the breakdown two-and-a-half minutes into Shuggie Otis’ ‘Strawberry Letter 23.’”