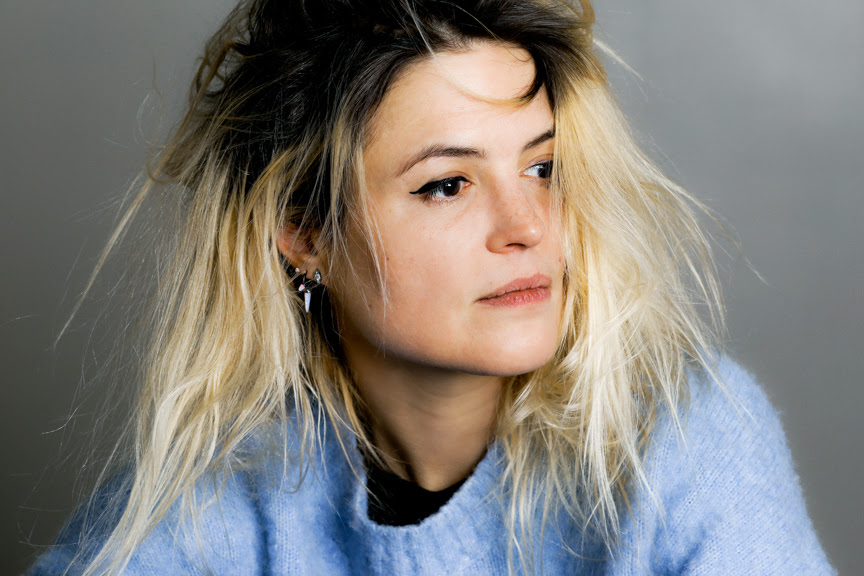 “The moving around thing is definitely starting to become problematic in my mind,” Alison Mosshart says of being locked down in the midst of the COVID-19 pandemic. “I literally have a map of the United States on my table in front of me, and I’m just like, ‘All right, I think I’m gonna drive across this thing. I gotta go somewhere pretty soon.’”

The Kills and Dead Weather singer is joking, of course. She knows she can’t hop in a car and blast across the country during these surreal times. Luckily, though, her main avenue of escape doesn’t require leaving her Nashville home. “My general way of coping with something that’s wrong or hard or difficult is to disappear into my work.”

And Mosshart has plenty to do. Along with painting and sculpting, she’s busy working on the next Kills record (their sixth overall) with bandmate Jamie Hince. He’s over a thousand miles away in L.A., but they’re used to working over long-distance. “For Jamie and I, it is really normal. We started our band like this. I lived in Florida, and he lived in London. We used the postal system to send music back and forth to each other.” As for their usual process, she explains: “We typically write alone until we get a song to a certain place, and then we work on it together. The abnormal part is I see Jamie all the time. We hang out all the time. We’re such close friends. So it’s weird to not see him, and I miss him. A lot.”

Mosshart also opened a recent episode of Third Man Records’ daily live-stream show, Third Man Public Access. The spoken word piece she read, “Roadkill,” comes from CAR MA, her book of art, writing, and photography, which she describes as a tribute to America, performance, and life on the road – all things that have been affected, and even ground to a halt, by the pandemic. Originally released with a limited run of 500 copies via Dover Street Market last June, CAR MA will see a wider re-release on August 11, 2020 via Third Man’s publishing arm, Third Man Books.

“I want to do a spoken word record of it, because there’s tons of writing in it,” Mosshart says of her ambitions for CAR MA. She spent a month last year recording its various poems and vignette-like short stories. She also made videos for them, one of which accompanied the recording of “Roadkill” on Public Access.

But don’t expect Mosshart to perform spoken word live any time soon, regardless of the pandemic. “It’s really character-based,” she says of the CAR MA recordings. “There’s lots of accents. There’s lot’s of sound effects. There’s lots of things going on. It’s not in any way straight reading, so saying it’s a spoken word record is kind of misleading. But I don’t know what else to call it. It’s totally weird! I don’t know if it will be well-received. Whatever!” she exclaims with a laugh, giddy with potential.

Despite splitting her attention between various artistic pursuits, and growing restless in general, Mosshart has observed one marked change in herself: “I’ve noticed that I have a greater attention span. I have better focus…. In normal life, it’s a constant case of juggling a thousand things and packing a suitcase and unpacking a suitcase. And there’s always somewhere I’m headed to. There’s always a distraction.”

With more time on her hands, she’s been able to renew her interest in video editing, something she hadn’t done since college. “I’d forgotten how much I loved working on stuff like that. And I love that I have this time to do that. It’s not my job, but who cares? I’m making it my job.” She further observes: “The fact that I’ve figured out Final Cut Pro is so unlike me, because I have no patience for that kind of stuff. And suddenly, it all makes sense to me. It’s all working. I’ll watch that boring tutorial for half an hour, and I won’t give a damn.” She enjoys making videos for any reason and estimates she’s averaging one a week. “I can’t stop!” she beams. Her most notable self-made videos to date are for her debut solo singles, “Rise” and “It Ain’t Water.” Premiered over the last month and a half, the pair of songs will be released as a 7-inch by Domino on July 31, 2020.

Across five records, the Kills have dumped more and more gasoline over their minimalist, raw-nerved garage rock until it has flared into a roaring oil drum fire. So what set the smoldering“Rise” and “It Ain’t Water” apart from Kills songs, in Mosshart’s view? “It was magical and powerful as it was,” she says of “It Ain’t Water.” “I didn’t need to trick it out. It didn’t need to have a big chorus. It was a beautiful song that was complete, and I wanted to do it the way it was written.” For “Rise,” the answer is simpler: the song was commissioned to Mosshart for Facebook Watch series Sacred Lies.

Even though the singles are being released under her name, they feature their share of collaborators. She played guitar on both songs, but Alain Johannes played percussion and ebow on “It Ain’t Water.” On “Rise,” she handled percussion while Lawrence Rothman played bass and drums and Hince laid down the broken blues lick that rolls in on the tail end of the track.

It’s clear from the admiration with which she speaks of working with others that a full-blown solo career is not in her near future. “In most cases, it doesn’t sound good,” she says of doing everything herself. “I’m not a proficient drummer. I’m not a super proficient guitar player. It’s about knowing your strengths and your weaknesses. I love working with other people. I just love the way they think and how they do things differently from me.”

Since her childhood in Vero Beach, Florida, Mosshart, now 41, has been on the move. As soon as school ended every summer, her family packed their van and drove across the U.S. Considering her adventurous upbringing, nomadic musician lifestyle, and being a collaborator at heart, it’s no wonder she’s been restless.

But being forced to hunker down for the first time in 24 years, surrounded every day by the artifacts she’s amassed throughout her very full life, has given her much opportunity to reflect. “I’m a lucky fucker,” she says. “I feel really thankful to have lived, thus far, the kind of life that I’ve lived, that is just constantly traveling. And I don’t know when I’ll get to do it again, and I can’t wait to do it again, because there’s nothing I love more. I’m glad I was always with a camera in my hands and always writing in my books and have great memories and photographs and pieces of paper and weird things from everywhere. I’m glad I did all that. I’m never gonna stop doing all that.”

“Rise” / “It Ain’t Water,” the 7-inch by Alison Mosshart comes out on July 31st, via Domino Records, pre-order here