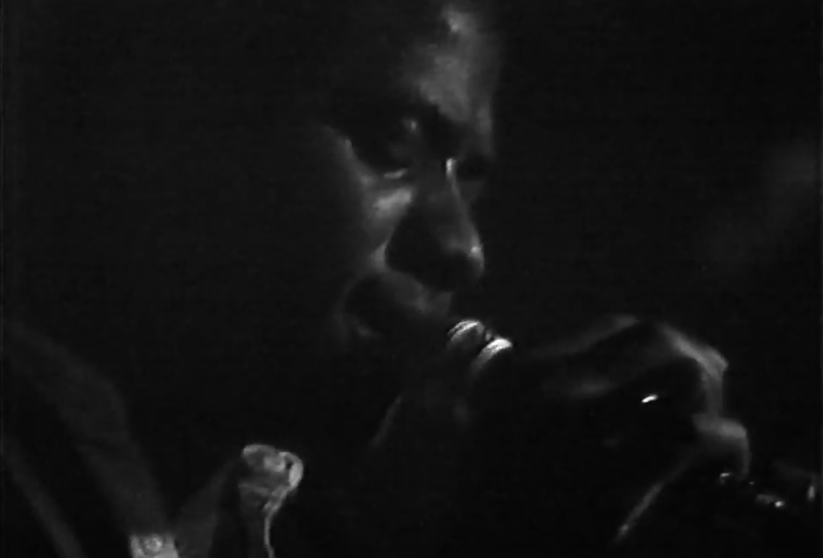 Algiers, the London and New York-based trio have released a new video for “And When You Fall,” which features a mix of live performance footage and visuals shot on VHS at night in various locations around London. Directed by Lamb & Sea, who Algiers previously worked with on their “Blood,” “Black Eunuch,” and “Irony. Utility. Pretext.” videos, the visual accompaniment to “And When You Fall”.

Says Lamb & Sea: “The video focuses, albeit abstractly, on the idea of observation and surveillance in our society particularly in our cities via the relentless and invasive accumulation of information… The video takes reference from the step and repeat edits seen in Ernie Gehr’s ‘Serene Velocity,’ abstract streets scenes as observed by Peter Hutton’s ‘New York Portraits’ and the erratic patterns in Len Lye’s film ‘Free Radicals’ while also leaning towards the pace of Cabaret Voltaire’s 80’s video output.”

Says Algiers’ Ryan Mahan: “For me, Franklin’s lyrics in ‘And When You Fall’ transcend the traditional contours of revenge narratives, promising instead a collective revolutionary justice awaiting all oppressors. The video excels in representing how this demand for substantive justice and collective consciousness is distorted and disembodied in modern times, partially through the incessant flow of capital and information. The song also owes a debt to early Mute Records recordings, most notably The Normal. The video lays bare this influence by referencing Cabaret Voltaire’s ‘Kino,’ and repurposing early electronic pioneers, from Fad Gadget to Throbbing Gristle, with an interest in J.G. Ballard and the politics of post-industrialism.”

The self-titled debut LP by Algiers is haunted by promises of the past: the rapturous call and response of millenarian gospel, the bellowing urgency of 60s protest soul, the scene-searching intensity of DC hardcore and the smeared viscosity of post-punk and no wave. But rather than revel in a state of nostalgia, the band wields these burdened visions to charge headlong into the future.