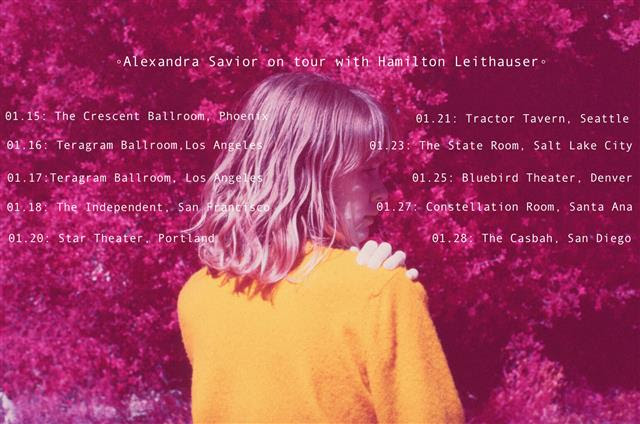 Alexandra Savior is set to join Hamilton Leithauser on his january dates in 2017.
Share on TwitterShare on PinterestShare on PocketShare on RedditShare on FacebookShare on Email

Portland based artist Alexandra Savior has announced today that she will be joining the esteemed Hamilton Leithauser on his upcoming tour in January.

Last week, the 21-year-old musician revealed a new track titled “Mystery Girl” (written by Alexandra and Arctic Monkey Alex Turner) which is taken from her highly anticipated forthcoming debut album “Belladonna of Sadness,” due for worldwide release on April 7th, 2017 via Columbia Records.

Accompanying her latest sonic offering was a stunning new video directed by New Zealander Sam Kristofski. Watch the video below:

Hamilton Leithauser recently released a collaboration record with ex Vampire Weekend member Rostam Batmanglij.The duo initially met in the late 2000s when Vampire Weekend opened for The Walkmen, and after initially working together on Leithauser’s solo debut album, this is their first full pledged collaborative output. These sessions resulted in Hamilton’s newest record ‘I Had A Dream That You Were Mine’.