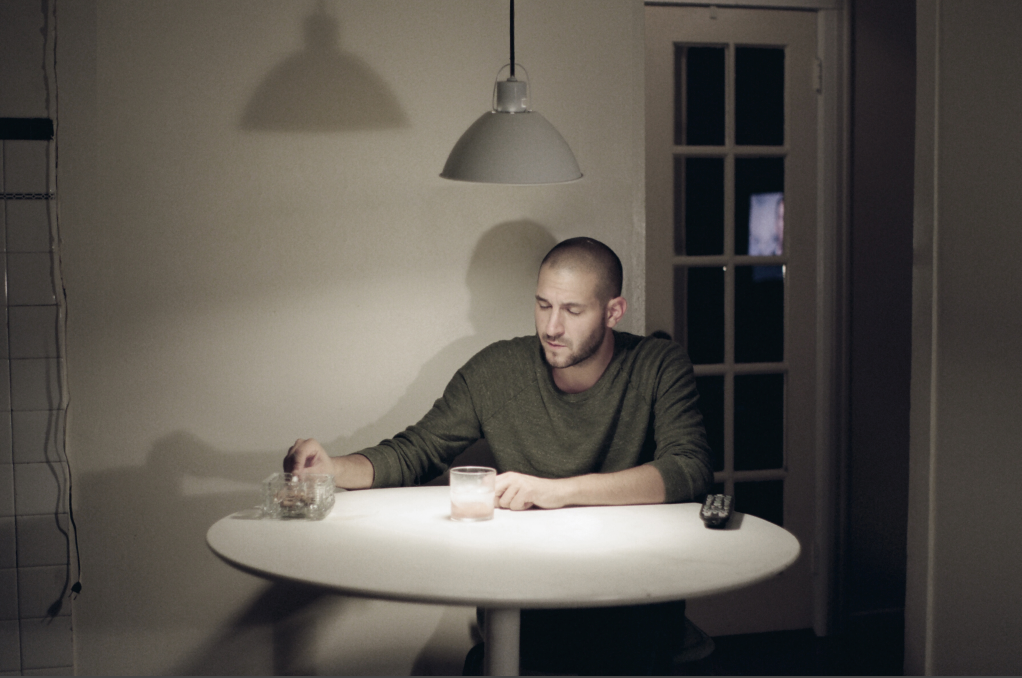 2016 has seen NYC-based Holy Ghost! frontman Alex Frankel release an EP (“Crime Cutz”) with his bandmate Nick Millhiser, open a Jewish deli – Frankel’s Delicatessen – with his brother in Brooklyn, and collaborate with Classixx on their latest single “I Feel Numb”.

It was following a live performance of that song with the band at KCRW in LA that the idea of putting out a solo release hatched. “At the taping [Classixx] told me they were having trouble figuring out an opening act for their fall tour and – half joking – they suggested I finish some solo jams I was sitting on and come out on the road,” says Frankel. “Maybe it was the amount of coffee I had that morning – but for some reason I was like, ‘Sure. I’ll finish some songs and put together a band and do it.’”

Two months later, Frankel had written and recorded his debut 4-song EP, “Negative Space” (out September 30), and prepped a live band to hit the road. Speaking to the prolific songwriter on the phone during a tour stop opening for Classixx in Toronto, Frankel shares his perspective on going solo, songwriting for Holy Ghost!, and the excitement of trying something new.

Northern Transmissions: Were the songs that ended up on the release ideas that you’d had around for a while?

NT: Had you already thought about doing some solo work before this tour came up?

AF: Yeah, Holy Ghost! moves through stages very slowly. It’s very unique, and I started to get annoyed at myself – not at Nick – for sitting on stuff. Nick gave me his blessing, and was just like go do whatever you want to do. It was floating around in my head for a while because I didn’t want to be that dude who ends up with hundreds of demos, and playing demos for friends later on. I love making music. I love finishing stuff. In the back of my head, I didn’t think long term that I could only put music out through Holy Ghost!. That didn’t seem like a smart life choice.

NT: When you say that Holy Ghost! is a slow moving band, is that partly reflective of how critical you guys are on your own writing?

AF: Maybe. It’s hard to judge it from the inside. I would say that we’re incredibly critical, and incredibly meticulous. It’s just very hard to say when things are done in Holy Ghost. I think that’s the hardest part for any medium to some extent of being able to say “okay, this is done.” We put out “Hold On” in 2007, and our next release two years later was another song. It took two years to make a fucking song! It’s great, but it’s a very unique… There are a lot of factors, but certainly being very critical and very careful are among them. I’m feeling a little bit more reckless these days, so I think that’s kind of what this is about. Personally, I love when people do things fast and off the cuff. I like rough edges. I like hearing people kind of struggle to figure something out. I don’t just like a band that always produces something every three years that’s a polished version of their brand or whatever. I thought it was really special to just do stuff that had the leeway to make some mistakes and get back to being really invested.

NT: How did the experience of going into the studio with “Negative Space” differ from working on “Crime Cutz”, the Holy Ghost! EP that came out earlier this year?

AF: Every song is different for Holy Ghost!. I wrote “Okay” (off of 2013’s “Dynamics”), at a piano in one sitting. I have the recording from the day that I wrote it. We hadn’t produced it, but the song itself: the lyrics, the chords, and the melodies were all written in probably 20 minutes. Then there’s a song like “Crime Cutz”, which took two-and- a-half years of tinkering.

With the solo stuff, it leans much more heavily towards to the way I wrote “Okay” or “Do It Again” or something like that. It’s in my bedroom, or wherever I am: writing a song, and then producing it. It starts with a song, verses one that starts with production. I would say “Crime Cutz” specifically, is production, then song. It’s just kind of different. “Crime Cutz” is very Nick. I wrote all the words and the melodies and the chords, but it’s such a production, and that’s really more his realm than mine.

NT: It’s interesting that you referenced “Okay”, because when I listened to the EP, it sounded to me like the songs off “Negative Space” could be a continuation of that one in particular. Is that representative of your song writing style?

AF: Yeah, I gravitate towards simple pop songs. I have a gigantic record collection, and I love all types of music, but personally I gravitate towards pop music, hooks and simple song writing. Also, as soon as the EP came out, I started writing another EP that’s not going to sound anything like this “Negative Space”. That’s the beauty of doing something like this, where there’s been so little expectations. There’re no rules to what it can be. That’s what so nice about doing a solo project; just being in control of the whole process.

NT: Have you found a new level of excitement in terms of having control and flexibility over a smaller release, versus, say, an album that you’d normally build up for a couple of years and push out?

AF: Absolutely. I’m a little sad that I didn’t figure this out earlier, but I really love this. I love touring. I love making music. I love working on artwork.It feels very much like the beginning of a band, which is something I really miss. Right now, I think I prefer to do it this way, and not have to deal with the awful prospect of taking two or three years to make a record, or all of the talk of money and expectations that comes out of it. With that stuff, even if it’s a great record, even if you get a fucking dumb Pitchfork stamp of approval, it doesn’t mean shit! It can still be massive failure for you financially and emotionally.

It’s so easy to get caught up in that world, and I don’t think it matters to people anymore. Holy Ghost! is still a pretty small band, but certainly has been doing it for a while and has made some sort of a name for itself. The expectations can be, I think to some degree, crippling to actually producing art on a consistent basis, which is what I’ve always done. I went to art school. I like doing it.

NT: It’s interesting to talk to bands about this stuff. It certainly feels like a lot of bands are moving away from albums and more towards singles and EP’s.

AF: I think being flexible is the name of the game, not just for business, but for creativity, too. The music feels fresh, and I’m excited. 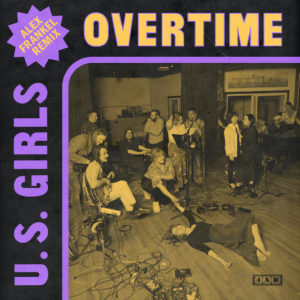 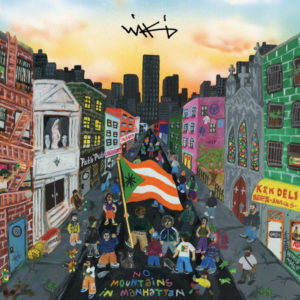 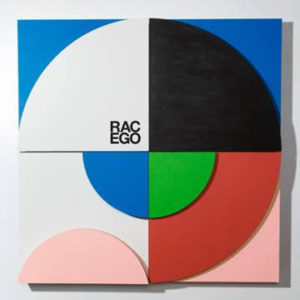