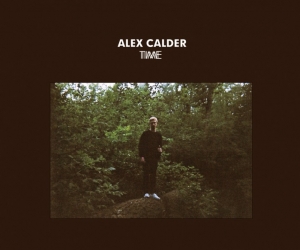 He’ll be playing on the 1st of September at the CT5 Festival, Captured Track’s five year anniversary festival, and will then join the band on the September leg of their tour.

Check the dates below, and if you’re in New York be sure to grab your CT5 ticket now! Tickets can be purchased via the Captured Tracks website now.

Edmonton, Canada is is better known for its oil exports than its songwriters. However, 23 year old Alex Calder is taking a strong step in towards this changing. Shifting to Vancouver saw Alex pairing with fellow Edmontonion Mac Demarco (that’s Alex as the female lead in the “Only You” video) playing in Makeout Videotape, scraping by, sleeping on couches and washing dishes. A move back to his mom’s in Edmonton was when Calder began to write and record his own material honing his craft only ever showing close friends his work.

A strong love for classic 60’s/70’s guitar pop (Beach Boys, Beatles) as well as soft spots for Prince and Hall and Oates display his self proclaimed ‘fascination with pop music’. While his influences certainly shape his work it is his natural ear for melody and movement, which make Calder’s work both fluid and engaging. His knack and ambition both in his song writing and production provide a solid foundation for Calder’s music to drift in an out of psychy realms.

‘Suki and Me’ has an air of mischief as it is tardily pushed along by it’s bass line, (apt for someone who’s perfect evening involves unlimited pinball and Bud) while avoiding the temptation that often comes with self-recording/producing to over layer his work. There are no over drenched chorus or walls of sound, instead leaving space for melody and texture to be neatly co-existent. Alex has found the sweet spot between slacker pop jangle and snug rhythmic production to create reassurance his songs have a are going somewhere.

To call his music lazy would be misdirected however, the sense of dragging is delicately addressed in almost voyeuristically in Lethargic. Intimate handclaps and shakers make it easy for one to visualize the living from which it came as Calder’s questions what to do with his time both literally and existentially.