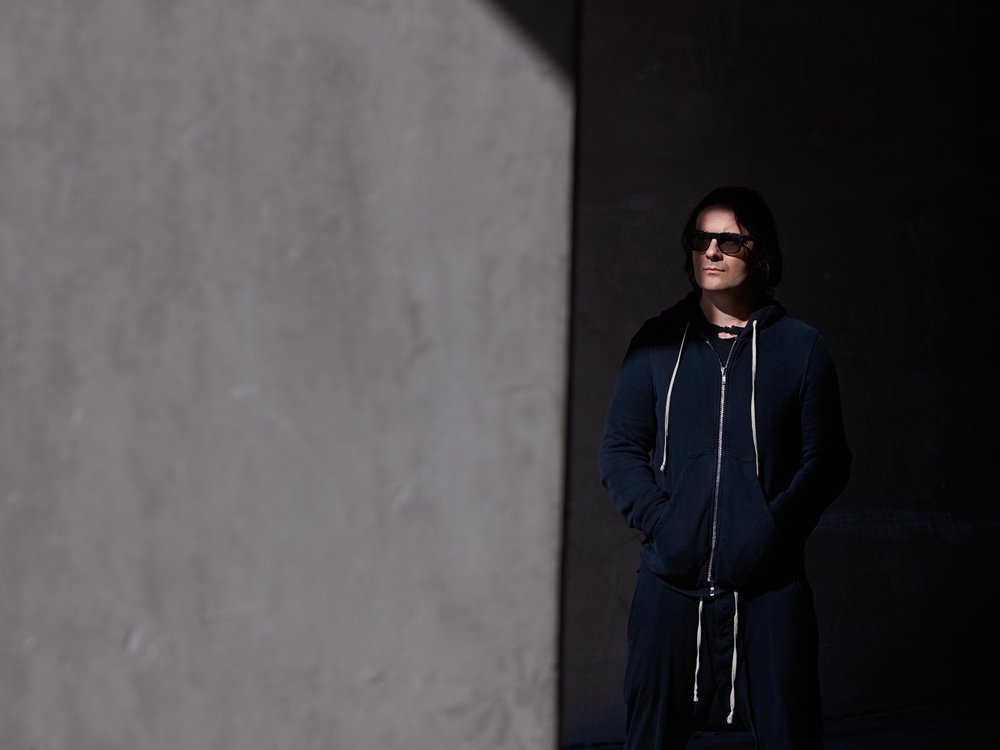 Alessandro Cortini has made a name through his creative perseverance. Coming onto most people’s radars through his work with Nine Inch Nails, Cortini has hands in everyone’s projects from Muse to Christina Aguilera. Most startling in his solo work, his exploration of singular instruments has led to multiple series of records, including one that was supposed to help him sleep better at night. For his latest record Avanti, Cortini found old home-video footage of his family and decided to make his own score to it. We caught up with Cortini to talk about his family’s influence on the music, working with just about everyone and why he loves exploring every facet of one instrument in the studio.

Northern Transmissions: I understand you wrote the music around this old home video footage, what about it got you so enamored with the project?

Alessandro Cortini: I knew this footage existed because I do remember it my grandpa filming or showing me all this Super 8 stuff. He was very into photography as a hobby and video later on. When it came time for them to move from their hometown to my hometown, they had to clean up so he transferred a best-of of his Super 8 footage to a VHS tape. I remember this four hour tape being around the house, and I always wanted to find it, especially after my grandfather passed. Being on the other side of the world, I wanted to have it with me. I was trying to work on a new record, I kept thinking about where this VHS was. Every time I visited home over the course of two years I was looking for this tape at my grandma’s house, never finding it, but the last time I found it in VCR. It was the last thing he had watched on it, and my grandma had never looked for it in there. Once I converted it to digital, I saw that some of it was already calling for tracks that I’d been working on and some others inspired me to work on music. Once I had the digital files, I started writing and condensed four hours into 45 minutes. Super is a constantly rolling camera, once you hit record that’s it, you can’t go back and erase it.

A lot of the scenes are very short because you have to hold the record down. Going through the archive, songs would inspire me to write or at least give music to them. It started with this show at the Masonic Temple in L.A. and I improvised to some of this footage live on stage. I knew if it worked on stage I could go into the studio and make into a more complete piece of art. These seven different events in my family’s life basically became the record.

NT: Was the constantly recording idea behind Super 8 what led you to record the whole album live, considering it was going to be a synth record?

AC: There wasn’t any conscious connection to that. This has really just been the way I’ve made my last several records, simply because coming from a song writing background I felt that the way I make music is: The first idea is a demo, then you edit to make it nicer. So for the Forse series that was the first time I took an instrument, got familiar with it, wrote stuff from a therapeutically point of view without caring what other people thought of it, and ended up with three double records.

NT: What stood out about EMS Synthi AKS to be the major instrument on the record?

AC: When I got to Avanti, I got to the EMS Synthi and I discovered to me, trying to do as much as possible with one instrument, you explore the limitations of one instrument. I think it allows you to get as many shades of that instruments colour as possible rather than using it for what it’s famous for. I fell in love with the Synthi, because it’s a quirky instrument, and because it was one of the first ones. I fall in love with a toy, and exploit it until I find another toy, but these toys are getting more expensive.

NT: What inspired you to sell so much of your gear online recently, I heard even the EMS Synthi was on sale?

AC: I sold it through Reverb.com, because I use the site as its more tailored to musicians. I was getting ready to move to Berlin, and there was a lot of stuff that I didn’t use anymore or have doubles of. It was financially convenient to me to part with them with a little more exposure than usual. I thought why shouldn’t I do this considering how unique these instruments were. There was stuff from Nine Inch Nails recordings, and I would’ve gladly kept them if they didn’t get the right price. I still have tons of stuff left. I bought a second Synthi for performing live but then I decided to use a four-track recorder instead. When your priority is to keep your inner flame alive and make music, there are ways to make music even without being rich.

NT: Considering your work with everyone from Ladytron, Muse, Christina Aguilera and of course Nine Inch Nails, how do you find these different projects inspire your solo work?

AC: It’s two different kinds of creativity. All the collaborations you mentioned are connected in a way. Muse came because I was friends with some of the band members and they needed someone to sub in for their keyboard player, so there was a human connection. I opened for Ladytron a couple of years ago and we became friends. So when it came time to record something, I slowly started to collaborate with them. Christina came through Ladytron, they had produced some tracks for her, so they called me in to do production on track with them. I think the level and kind of creativity that comes from working with people is different than the creativity I get from working on my own. They’re both very important, I don’t see myself doing the solo thing all the time. If I feel the pressure of putting out a record and it feels like a job, I try to keep myself busy with other projects. Being able to tour with Nine Inch Nails and then come back to my own stuff keeps me from going stagnant. I used to think of myself as the Buchla synth guy but I want to try projects with different people and do what I love doing. I want to keep this thing from feeling like a day job.