Alan Getto Shares New Single “I’d Take It All Back” 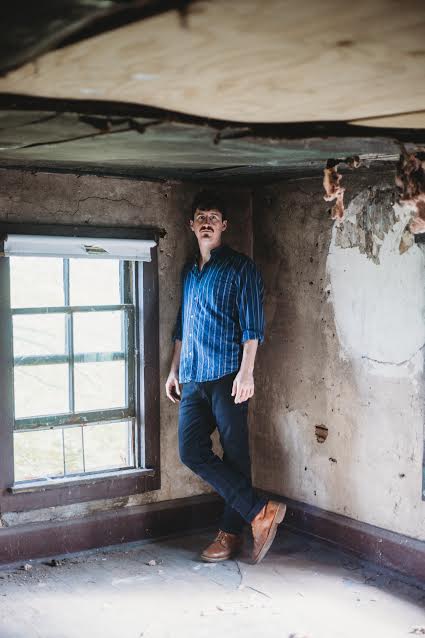 If I Punch A Wall is the upcoming EP from Pittsburgh-based singer-songwriter Alan Getto. “I’d Take It All Back” started as a home recording project for Getto – he built, learned and played each instrument on “Now That You’re Gone”, but soon realized the other two tracks were ones he would take to the studio. “Jeff Buckley” and “Take It All Back” were produced and finalized at Mr. Smalls Recording Studio in Pittsburgh with recording and mixing engineer Nate Campisi, and mastering engineer Larry Luther. Today, Getto has shared a taste of the Ep, with the single “I’d Take It All Back.”

Alan Getto on “I’d Take It All Back:”

Really, how I feel about it is, “I’d Take It All Back” is a repudiation of the mantra “No regrets.” I’ve made mistakes—I’m human. I want to admit my regrets, accept them, and move forward.

Alan Getto is a folk/rock singer-songwriter based in Pittsburgh. He moved from Brooklyn in 2017 to a farmhouse outside Pittsburgh to release his album “Versus” and to go on tour. Since then Alan has been played shows around Pittsburgh and been busy, writing and releasing new music. Alan’s lyrics are often literary (he studied literature in college), but have simplicity and poetry at heart. This aspect mirrors some early influences: Bob Dylan, Tom Waits, David Bowie. His lyrics and sound seat Alan’s music alongside contemporary artists like Big Thief, Deer Tick, Andrew Bird, and Lady Lamb.

Similar to his upbringing in rural parts of the Northeast and Midwest, Alan’s songs often have a rural soundscape: acoustic guitar, fiddle, harmonica, etc. In Brooklyn, however, his music started to resemble city life: electric, eclectic—consisting sometimes of fuzzed-out electric guitar, bass, drums, organ, etc. At bottom, his instrumentation provides a setting for his lyrics. Alan has two releases out:

Alan Getto
If I Punch A Wall
Track Listing

Alan will be heading down to New Orleans for Folk Alliance in January following his EP release on January 10th.