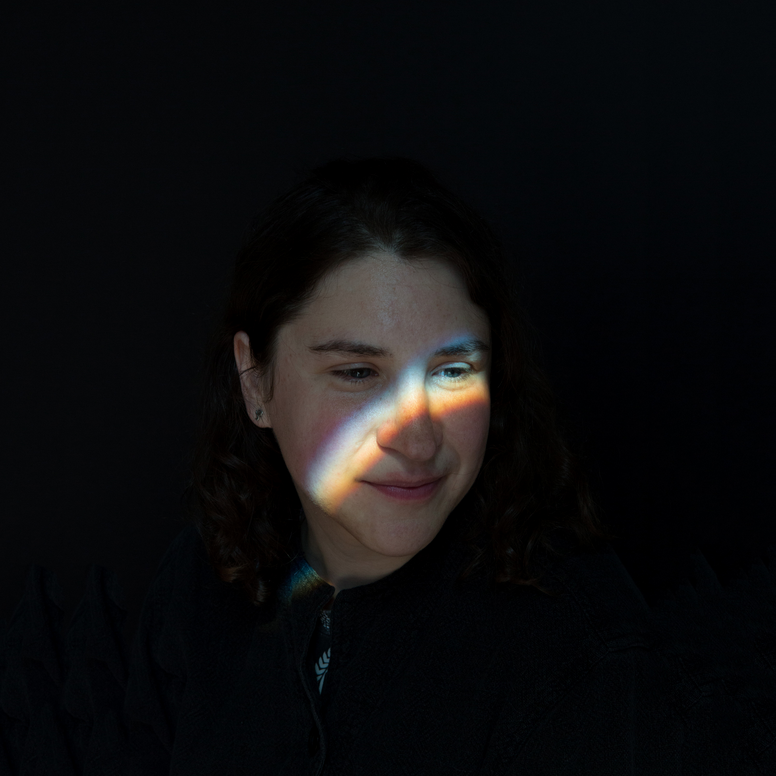 Today, Air Waves have unveiled “Milky Way”, the lead track from from their forthcoming LP Parting Glances. The album comes out September 18th on Western Vinyl.

Growing up in New York’s West Nyack community, not far from Manhattan, Nicole Schneit aka Air Waves spent a great deal of time during her formative years in the city, absorbing the culture and energy that would become the foundation of her creative drive. At 14 she started taking guitar lessons in the back of a local music shop, which led her to start writing her own songs, and then eventually inviting others to join her for jam sessions. While attending Purchase College she met Dan Deacon, a friend and former collaborator who once described her comforting songs as something akin to “a favorite blanket wrapped around you.” Though she played in several bands in college (including the noise jam band Ferrari with Deacon) she eventually shifted her focus to writing and recording intimate pop songs under the name Air Waves, a moniker inspired by the title of a Guided by Voices song.

In 2010 Schneit released Dungeon Dots on the Underwater Peoples label, an album which Aquarius Records called “…pretty much perfect pop music.” After extensive touring in support of that album, she took some time off from writing. “It was crucial for my creative process to take a step back from making music. Part of being a performer is having confidence to just be vulnerable. I needed to regain that confidence to make an album again after Dungeon Dots,” says Schneit.

She initially recorded her new album Parting Glances as cheaply as possible, but unsatisfied with the results Schneit enlisted long-time friend Jarvis Taveniere of the band Woods to help rerecord the entire album (selling her tour van in the process, to help cover the studio time). Working with Taveniere in the studio, she took a great deal of care to ensure that each song felt exactly right. As she explains, “Every song feels complete and structured without losing the warmness that I strive for. I wanted them to sound tight and full without sounding overproduced. Jarvis was the guy that helped make that happen.” In addition to Taveniere, Schneit, along with bandmates Keith Poulson, Blake Luley and Jeremy Duvall, enlisted other friends from Brooklyn’s music community to contribute to the record, including JB Townsend of Crystal Stilts, Becca Kauffman and Felicia Douglas from Ava Luna, and Brian Betancourt from Hospitality. Additionally, Jana Hunter contributes vocals to album standouts “Horse Race” and “Thunder”.

The album’s title comes from the 1986 film Parting Glances in which Steve Buscemi portrays a gay man navigating the difficulties of being in a relationship in Reagan-era New York. “I’ve never seen a film with Steve Buscemi in it that I didn’t love,” says Schneit. More than just identifying with the story, she’s interested in the in the lasting effect of the parting glances we share with strangers in our everyday encounters. She explains “You see all sorts of physical and emotional traits on the train. From people puking, making out, screaming, crying, laughing, dancing, grooming, etc. We encounter each other in the thick of our complex lives by simply looking at each other all the time. These glances are mundane and fleeting but also powerfully intimate.”