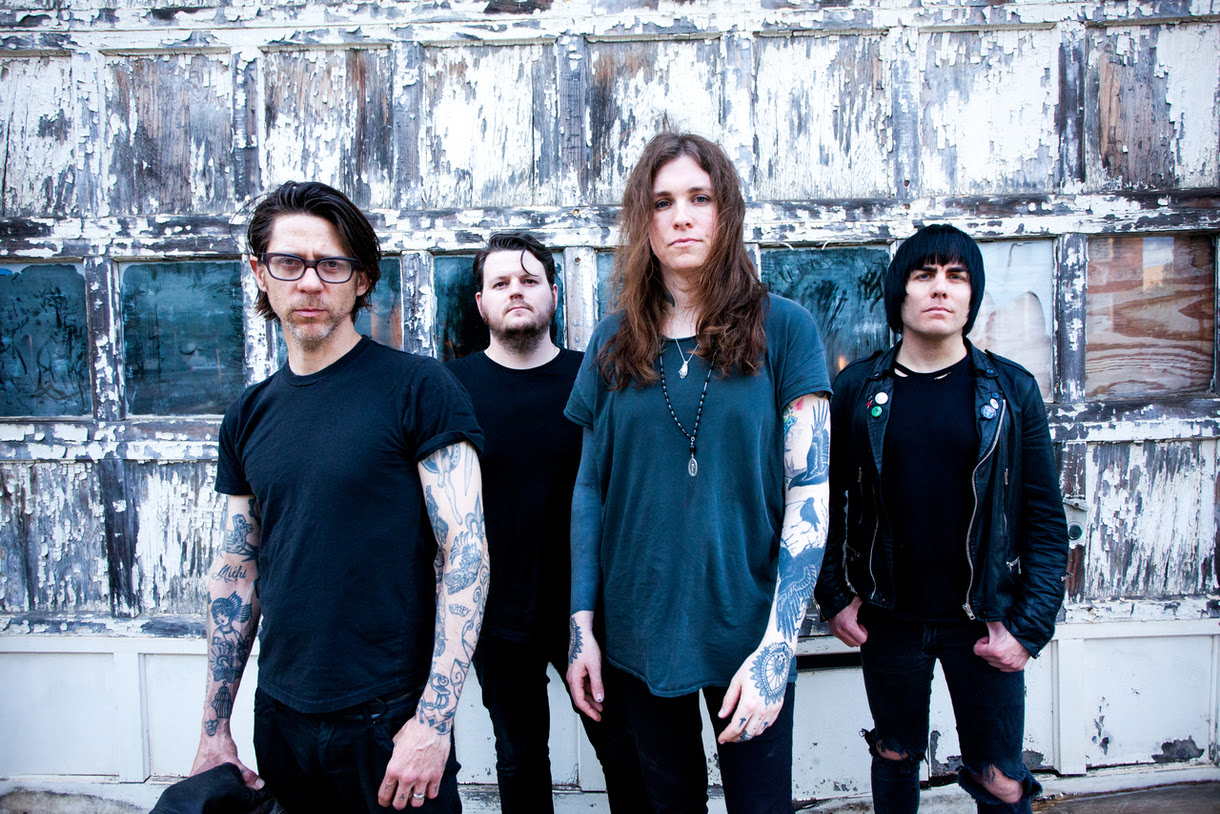 American rock band Against Me! are pleased to present the full album stream of its forthcoming studio album, Shape Shift With Me. Premiering via NPR “First Listen” one week prior to its Friday, September 16 release, Shape Shift With Me has the distinction of the first album frontwoman Laura Jane Grace has written truly from the heart, with no metaphorical cloaks cast over the lyrics. It’s an album about love, that deceptively complex emotion we all struggle with yet has somehow eluded most of Grace’s songwriting for the past 20 years.

Against Me! also recently announced the release of the music video for “333.” Directed by Ione Skye and starring her friend of 20 years, Natasha Lyonne of Orange Is The New Black, as well as Welsh actor Andrew Howard. “This project attracted a lot of talented people: an incredible director of photography, producer, costume designer, editor and set designer,” Skye mentions. “I felt very supported and inspired.” Check out the new music video for “333.”

Additionally, the band has announced its upcoming North American fall tour dates that will both include headline appearances and dates with Bad Religion and Dave Hause. A full listing of dates can be found below with tickets and information on Against Me!’s official website.

Frontwoman Laura Jane Grace has also announced the release of her upcoming memoir titled TRANNY: Confessions of Punk Rock’s Most Infamous Anarchist Sellout. Set for release on November 15, 2016 through Hachette Books, TRANNY is a searing account of Grace’s search for identity and true self. The highly anticipated book also reveals the struggles and victories that the artist experienced in her quest for gender transition. Written with Noisey editor Dan Ozzi and illuminated by Grace’s never-before-published journal entries reaching back to childhood, TRANNY is an intensely personal and revelatory look inside her struggles with identity and addiction. Grappling with everything from sex, drugs, failed marriages, music, and soul of a punk rock star, this memoir paints a vivid portrait of one of the most revolutionary transgender icons of our time.

Recorded, mixed and engineered by Marc Jacob Hudson (Taking Back Sunday, Saves The Day) at Rancho Recordo, Shape Shift With Me will be released on the band’s label Total Treble (in partnership with INgrooves).

“Is there a record that is about relationships from a trans perspective?” she asks rhetorically. “There needs to be more records about trans rights and everything like that, but feeling like I already did that, I wanted to move on to write commentary on living from a trans perspective. I wanted to write the transgender response to the Rolling Stones’ Exile On Main St., Liz Phair’s Exile In Guyville and the Streets’ A Grand Don’t Come For Free. All those records are relationship records. There’s been an infinite amount of records talking about what love means from a cisgender perspective. I wanted to present the trans perspective on sex, love and heartbreak.”

“It was just about opening up to whatever comes my way karmically,” Grace says. “Whatever everyone in the band is willing to offer, I just wanted to be open to it. I didn’t want it to be like what it was in the past where it may have felt closed. I want it to be different.”

Against Me! will be making the following North American headline appearances as well as touring with Bad Religion and Dave Hause starting next week. Dates below with more headline shows to be announced soon.